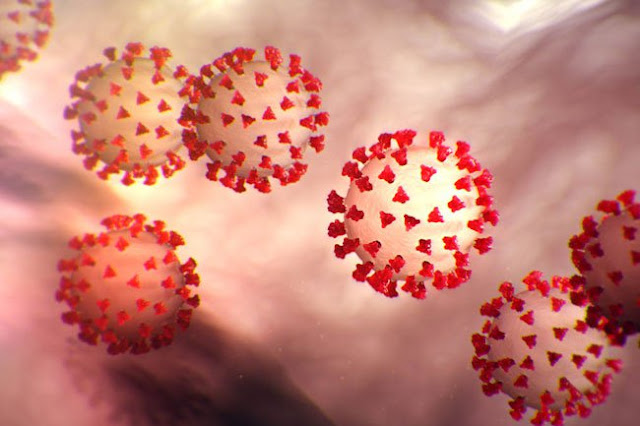 Dynasties in the Middle Kingdom go through cycles. The Emperor of a strong and just dynasty brings peace and prosperity to the people with the 'Mandate of Heaven'. With time, the system becomes corrupt and the people start suffering. Disasters strike.
The Emperor loses his mandate after a peasant (or people's) revolt, leading to major changes, heralding a new era and the arrival of a wiser, fairer and more compassionate monarch or regime.

A cover up
This may not apply to the current 'dynasty' in China, in place since Deng Xiaoping's Open Door Policy in December 1978, which brought wealth and some wellbeing to the masses. In the process a price had to be paid: People lost the freedom to think independently.
Cameras record the most intimate details of their life, in every corner of the Kingdom. They have no choice, but to follow the words of the Party, led by a 'core' leader.Today, with the Novel Coronavirus' (nCoV) spread, the limits of this system have started to show. A telling case is the death of Li Wenliang, one of the first doctors to have alerted the public about the virus outbreak in December 2019. He was severely reprimanded by local authorities. Wuhan Central Hospital initially denied the news of his death. "In a morbid twist it appears that the relevant authorities, probably after seeing the online uproar, may not be allowing him to die officially yet," noted Bill Bishop, the author of the well-informed Sinocism Newsletter. The hesitation reveals the Communist Party's dilemma.
Unfortunately, there is no end in sight to the dreaded epidemic which continues to spread. Fifty million people have already been quarantined in Wuhan City and the Hebei province. While it is too early to say whether the virus can trigger dynastic changes, it has already shown to the present leadership that all is not fine in the Kingdom. The Chinese Dream heralded by Chinese President Xi Jinping sounds more like a nightmare at present.
One day, history may reveal the source of the virus, (whether it was animal-borne or originated from a laboratory working on a covert biological weapons programme). But today, the crucial issue is how the masses perceive the regime's response to the disaster.
"But even as the government (somewhat belatedly) sprung into action, its limited mobilisation of Chinese military assets and personnel has been notable - both because militaries traditionally play significant roles in battling pandemics and Beijing has in recent years been at pains to trumpet its burgeoning military capability," Defense One, a US-based website reported, mentioning another dysfunctional feature of Beijing's response to nCoV.

PLA's slow response
The first group of PLA medics arrived in relatively small numbers in Wuhan only on January 24, nearly a month after the virus was detected. The Army swung into action only after Xi, who is also chairman of the Central Military Commission, personally appealed to it "to shoulder its responsibility and continue contributing to the country's uphill battle to control the recent novel coronavirus". "As per the directive, all personnel must follow President Xi Jinping's instructions to the military's counterepidemic endeavours and carry out their tasks, such as curing infected civilians and providing logistics services," stated a release.Some 950 medics of the PLA's Joint Logistic Support Force and another 450 from the PLA's medical universities started running a newly constructed hospital in Wuhan. Why was the PLA response delayed? It is one of the numerous questions that the party will have to answer, if it wants to keep its mandate to rule.
Today, it is impossible to see the future implications of the crisis, undoubtedly the most serious occurrence in China since the 1989 student revolution at Tiananmen Square.
"Google closed all of its outlets in Mainland China, Hong Kong and Taiwan. IKEA closed all its 30 stores in Mainland China. IKEA earlier only planned to close half of its stores. McDonald's closed all its 300 branches in Hubei Province," while most foreign airlines have stopped flying to China, Lianhe Zaobao, Singapore's primary Chinese language newspaper, reported.

Back to censorship?
Beijing has stuck to its old habits. The Cyberspace Administration of China has tightened controls on social media platforms after a brief period of tolerance, "as it cracks down on content that may sow fear and confusion amid the coronavirus crisis."
Meanwhile, the Communist leadership may delay the upcoming 'Two Sessions' of its legislative bodies, scheduled for early March. "We are discussing a range of options as the [virus] situation doesn't look likely to be contained by March," Reuters reported citing a Chinese official. Imagine 3,900 deputies wearing masks at a meeting.
Meanwhile, suspended Tsinghua University law professor Xu Zhangrun blamed Communist Party leaders for putting politics ahead of the people in a strongly worded piece. "The political system has collapsed under the tyranny, and a governance system [made up] of bureaucrats, which has taken [the party] more than 30 years to build has floundered," he said.
It is difficult to answer the question whether the leadership will manage to keep its mandate under these circumstances.
Posted by Claude Arpi at 7:37 AM