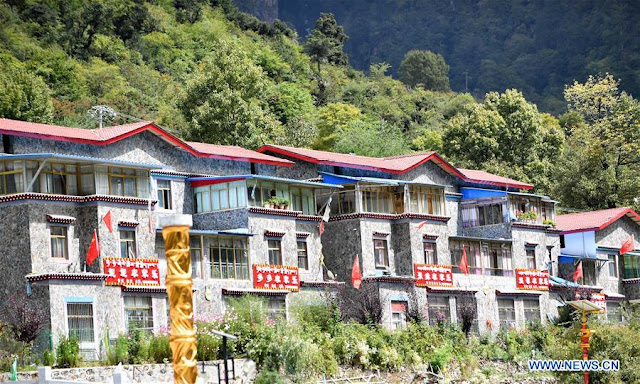 A few days ago, China Tibet News published an article entitled ‘Enjoying Prosperous Life’.
It described some worrying developments on the border with China in Arunachal Pradesh.
The Chinese government website reported: “In recent years, a series of tourism infrastructure construction projects have been implemented and constantly improved in Tsona County, Shannan City, southwest China's Tibet Autonomous Region. Farmers and herdsmen, whose tourism reception capacity and service quality have been significantly enhanced, have unprecedented enthusiasms to participate in tourism industry.”
This development is taking at a time when the 19th-century Inner Line Permit is still a must for Indian tourists, visiting the Tawang District of Arunachal.
The infrastructure on the Chinese side is linked to several villages known as Xiaogang villages (the literal meaning of ‘Xiaogang’ is ‘moderately well-off’).
The astonishing news is that according to the website, a total of 55,943 people visited in 2018: “Legpo (Lepo) Valley scenic spot, the tourism revenue reached 25.64 million yuan RMB, realizing year-on-year growths of 41.6 percent and 60.5 percent respectively.”
Nearly 56,000 visited Lepo located a few kilometers north from the Line of Actual Control (LAC); it is difficult to realize that this village had only a few huts and probably less 50 inhabitants five years ago. (Khenzimane is the nearby border post and Zeminthang and Shoksen are the first Indian villages on the Indian side of the LAC).
The Chinese website adds: “In July 2019, Lepo Valley scenic spot was awarded with the title of ‘China Natural Oxygen Bar’.”
It must be tempting for the Chinese tourists.

What are the Xiaogang Villages?
For the Communist Party, an important event took place in 1978: 18 farmers in Xiaogang village, in Anhui Province, signed a secret agreement to divide collectively-owned farmland into individual pieces and drop the collectivization of the Great Leap Forward (GLF), which between 1958 and 1960 resulted in some 40 million casualties; in Xiaogang itself, 67 villagers out of 120 had died of starvation between 1958 and 1960.
Forty years later, the name ‘Xiaogang’ is been used for a different project: the building of a large number of ‘model’ villages in Tibet, along the border with India.
On October 19, 2018, the same China Tibet News had reported that since the beginning of the year, Tsona County, north of Arunachal Pradesh’s Tawang District, has been “vigorously promoting the construction of border ‘Xiaogang’ villages’.
Already in 2018, Tsona County had invested 519 million yuan (US$ 74 million) in the construction projects of nine border villages, benefiting 1,961 people from 617 households. More than 40% of the project has then been completed, and an investment of 2.2 billion yuan (US$ 314 million) spent.
In May 2018, China Tibet News affirmed that Lepo, the first village in Tibet, north of the border boasted of a rich vegetation and clear waters: “With impressive natural scenery and unique ethnic customs, Magmang ecological civilization village is also situated in Lepo Valley, Tsona County.
Magmang is another hamlet.
The website said: "The construction of Magmang ecological civilization demonstration village began on March of 2014 and was completed on December. On January of 2015, the village was inaugurated and a year later, Magmang was awarded 'China's beautiful leisure village' by the Ministry of Agriculture."
China has 26 national key tourist attractions; the Lepo Valley, close to the Thagla ridge, which saw the first clashes between India and China in October 1962, is one of them.
The new tourist scheme, "Slowing down the speed of tour, enjoying the sea of azaleas in Lepo Valley", prolonged the peak season, explained the Chinese authorities. 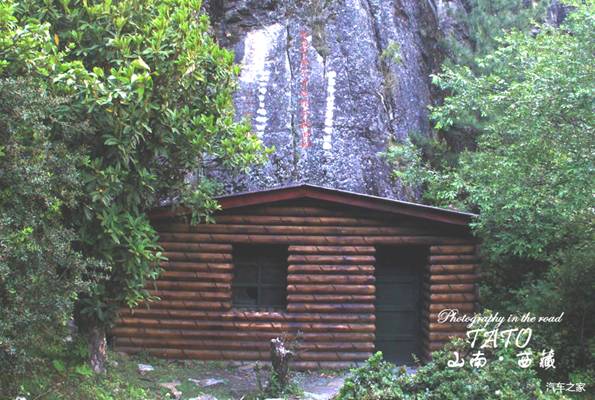 A 1962 War Memorial
Near Lepo, north of the Thagla ridge of the 1962 fame, a war memorial can be found; it was the Forward Command Post of General Zhang Guohua, who commanded the PLA operations against India in 1962. His headquarter has been reconstituted and is opened to visitors. It is located in Marmang village, the other hamlet north of Lepo.
‘Information Warfare’ will certainly be an important part of any battle tomorrow.
This memorial is an instrument of disinformation.
The gazetted national-level historical site mentions the ‘Sino-India Self Defense Counter Attack Battles’; it paints the Indian troops as the 'attackers' in 1962; hotels are already mushrooming to tell this to the visitors.
Incidentally on March 30, 1959, the Dalai Lama spent his last night in Tibet in Magmang; he was on his way to India. The next day, he crossed the border at Khenzimane. He would certainly not recognize these villages.
Posted by Claude Arpi at 5:45 PM