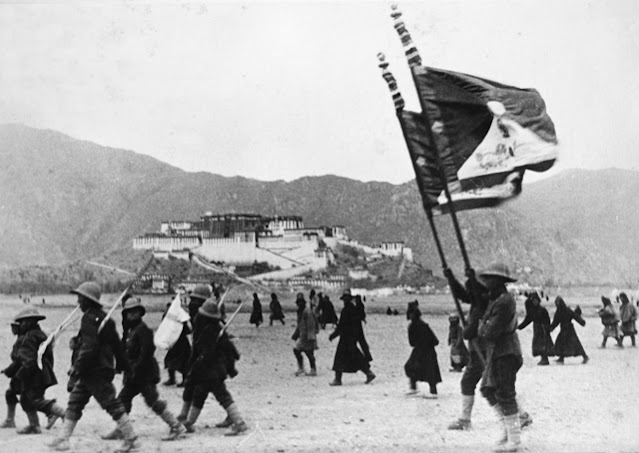 On the occasion of the 62th anniversary of the Tibetan Uprising Day, I repost this 2011 Article

My Himachal reported that the Dalai Lama mentioned his encounter with Mao Zedong in 1954 in Beijing and the story of the Tibetan flag.
A few years back, I wrote an article, Flag and nationalities on the issue.

The recent unrest in Tibet has generated a healthy debate in India. Some sections of the Indian society like the Kashmiri Pandits now view their plight through the Tibetan prism (the bad luck of the Pandits is that they never had a charismatic leader like the Dalai Lama, though India’s ruling family belong to their community and they have remained a divided lot).
Some others say that we should give time to China to change and progressively evolve into a decent democratic system. They are probably not aware that the ‘time’ is also clocking against India’s interests. Last year alone 3.8 millions of Chinese ‘visited’ Tibet using the railway line to Lhasa; a few lakhs of them settled on the Roof of the World. Like in the Nepal case, when we will realize that the situation is irreversible, it will be too late. And it is India which will have to suffer.
More than twenty years ago, I had asked the Dalai Lama how will Tibet regain its independence (or autonomy). He had answer: “It does not depend on us Tibetans, changes will come from within China”.
It seems also clear that he was not expecting the United States or India to offer him on a platter the most cherished dream of his people. This statement may be disappointing to those who believe that he is only banking on the Great White Chief in Washington.
He repeatedly said that the people of China will bring about changes in their own country which will give a chance to the people of Tibet to fulfill their aspirations. 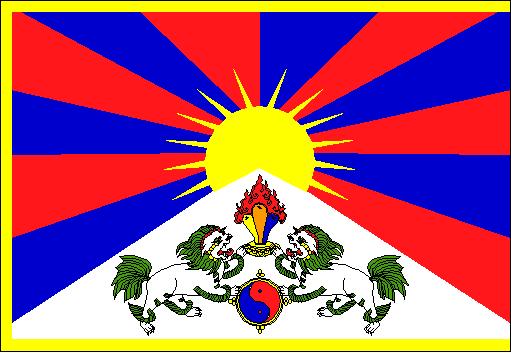 Even Chairman Mao had no objection to displaying the Tibetan flag : Dalai Lama
My Himachal
Baldev S Chauhan
September 12 2011
Dharamsala : The Tibetan spiritual leader the Dalai Lama spoke to a crowd of 30,000 Sunday in Mexico’s Mexico city on ‘Finding happiness in troubled times’.
He began his talk saying, “We’re all equal,we all want to have a happy life, and we all have a right to be happy”.
The nobel peace prize winner spoke for more than an hour standing, as the enthusiastic crowd of 30,000 people listened attentively despite the strong Mexican sun.
Later he also took questions from the audience.
Noted hollywood actor Richard Gere, a long time friend of Tibet and follower of the Dalai Lama introduced the Tibetan leader to the crowd.
When asked to comment about Mexicans carrying the Tibetan flag, he said in 1954 when he visited China and met chairman Mao Tsetung, he was told by Mao that Tibet had its own flag and Tibetans should use it.
So if people complained about displaying the Tibetan flag, the Dalai Lama said they should not since even Mao had no objection to displaying the flag.As he spoke these lines all the people carrying small Tibetan flags raised them in the air.
As he ended his talk, the crowd recited in unison in Spanish a popular longlife prayer for the Dalai Lama.
This was followed by musicians of traditional Mexican songs, ‘Mariacha’ coming up on the stage and playing an emotional farewell song along with the crowd for the Tibetan spiritual leader.
After completeing his three day visit to Mexico, the Dalai Lama leaves Monday to Buenos Aires capital of Argentina on a two day visit.
Posted by Claude Arpi at 5:30 AM