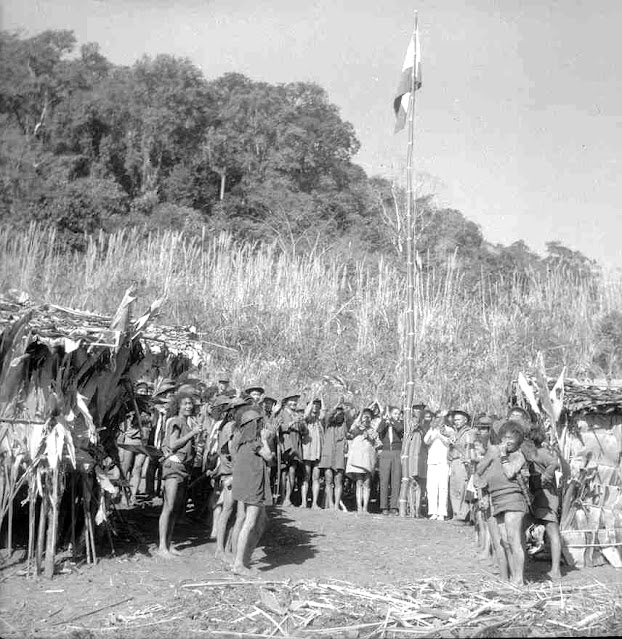 My article Chinese village in Arunachal: India must speak up! appeared in Rediff.com

'China wants to change the status quo of India's Northern Border and proves that it can do whatever it wants in what it perceives as its own territory,' states Claude Arpi.

On August 28, 1959, the Indian Ambassador in Beijing sent a strong note to China’s Foreign Ministry, to protest the fact that Chinese troops had violated Indian territory; after mentioning other trespassing in the Tawang and Ladakh sectors, the note says: “Another serious instance of violation of the Indian border and unlawful trespass into Indian territory by Chinese forces has just been brought to the notice of the Government of India. On the 25th August a strong Chinese detachment crossed into Indian territory south of Migyitun on the NEFA [North East Frontier Agency] border and fired without notice on an Indian forward picket [of the 9 Assam Rifles]. They arrested the entire picket which was twelve strong but eight Indian personnel somehow managed to escape. Thereafter the Chinese detachment outflanked the Indian outpost at Longju and opened fire on it from a distance of about 800 yards.”
For Delhi, the Indian outpost was “well within our territory, about two miles south of the international border.” The protest note affirmed: “There could be no doubt about the international frontier in this area and this is a case of deliberate aggression on Indian territory.”
Delhi concluded that it had taken very serious notice of the incident.
Three days later, the Indian public discovered with stupefaction that India and China had serious differences on the border; Prime Minister Nehru reported the incident in the Lok Sabha …and mentioned the construction of a Chinese road in the Aksai China area of Ladakh. India realized that large chunks of Indian territory, several thousand square kilometres in the Aksai Chin, were under Chinese control. It was the first time that the Government had made the legislators and the Indian public, privy to the situation on the border. 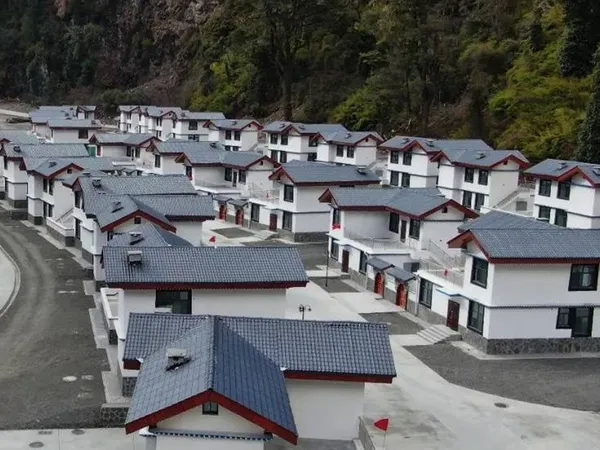 Xiaogang Village
Sixty-two years later, China has built one of its infamous ‘Xiaogang’ (‘well-off’) border villages, a few hundred meters from the place where the Longju incident took place in 1959.
Since 2015, Tibet is said to have built 965 Xiaogang villages and relocated 266,000 people, many on India’s border. Official Chinese statistics said that by the end of 2019, “Tibet had lifted 628,000 people out of poverty and delisted 74 county-level areas from the poverty list.” ‘’Lifting out of poverty’ is a euphemism for relocating thousands of Tibetans.
Longju now has one of such villages; it was reported by NDTV: China had built some 101 homes in the remote place of Upper Subansiri district of Arunachal Pradesh.
The TV channel acquired satellite imagery dated November 1, 2020; the images, analyzed by several experts, confirmed:“the construction, approximately 4.5 kms within Indian territory of the de facto border. [the McMahon Line]”
It is of huge concern to India, added the channel: “Though this area is Indian territory, according to official government maps, it has been in effective Chinese control since 1959 [which is not correct as we shall see]. However, earlier only a Chinese military post existed, but this time a full-fledged village that can house thousands has been built. The village, located on the banks of the River Tsari Chu, an area which has been long disputed by India and China.”
As we have seen, the new village is located near Longju, a highly symbolic place, which witnessed the first clash between India and China in 1959. Incidentally, it was five months after the arrival of the Dalai Lama in India and the attack on the Assam Rifles’ platoon seemed to have been a ‘punishment’ for granting asylum to the Dalai Lama. 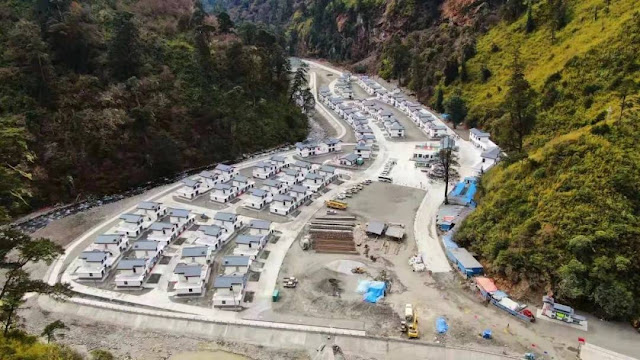 Year 1956
The year of the Monkey-Fire was a special year; the young Dalai and Panchen Lamas were honoured guests of India on the occasion of the 2500th anniversary of the birthday of the Buddha, 1956 also witnessed another momentous event: the last Tsari Pilgrimage.
In the Tibetan psyche, Tsari has always been synonymous of ‘sacred place’. With the Mount Kailash and the Amye Machen in eastern Tibet, the pilgrimage around the Dakpa Sheri, the ‘Pure Crystal Mountain’ has, for centuries, been one of the holiest of the Roof of the World. The ‘Pure Crystal Mountain’ lies at 5,735 meters above the sea in the Tsari district, north of the McMahon Line.
Toni Huber, one of the foremost scholars on the subject, wrote a great deal about the site of the pilgrimage, between Tsari and today’s Upper Subansiri district of Arunachal Pradesh: “The large-scale, 12-yearly circumambulation of Tibetan Buddhist pilgrims around the mountain known as the Rongkor Chenmo, had the character of a state ritual for the Ganden Phodrang [Tibetan Government]. Pilgrims in this huge procession crossed the McMahon Line below the frontier village of Migyitun in Tsari district,” wrote Huber. After crossing the McMahon line, the procession would proceed southwards along the Tsari chu (‘river’) towards Longju and Maja, where an Indian Army post is today located and then turn westwards to follow the Subansiri, to finally cross back into Tibet to reach the first frontier village in Chame county.
The southern leg of the Rongkor procession crosses the tribal areas of Upper Subansiri. This was the territory of the Mara clan of the Tagin tribe who live downstream in the Tsari chu valley and around its confluence with the Subansiri at Gelensiniak.
It is most regrettable that this sacred place has today become the symbol of Chinese aggressive and hegemonic policies. The now-retired Gen Zhao Zhongqi, who headed the Western Theater Command till recently, probably made it a point to build this village on Indian territory, knowing that India would not know how to respond. 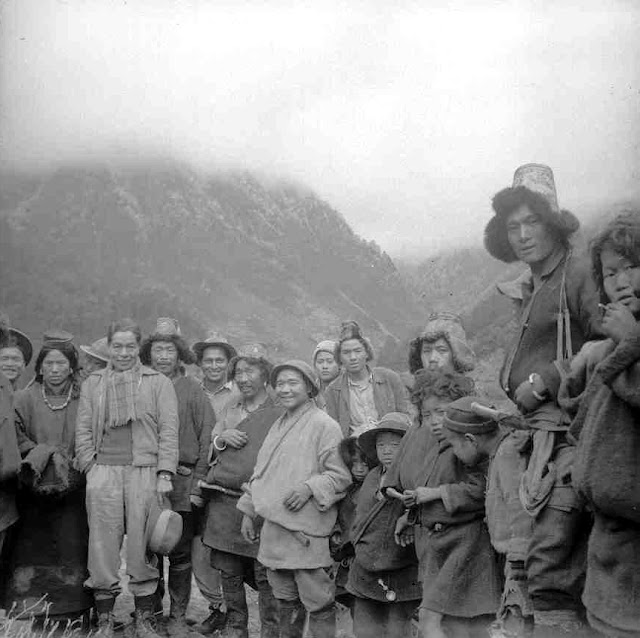 India continues to patrol
Let us return to history.
Throughout 1962, the Indian Assam Rifles continued to patrol the place. In a letter addressed by Nehru to his Chinese counterpart on December 1, 1962 (two weeks after the cease-fire), Nehru pointed out: “In Longju both Governments agreed that neither Chinese nor Indian personnel should occupy the village. However, it is known that Longju lies within the Indian side of the line of control, whereas Migyitun is on the Chinese side.”
A week later, the Chinese Ministry of Foreign Affairs in Beijing gave its own version: “Longju is a village in the Migyitun area, and India itself has admitted that Migyitun is situated to the north of the illegal McMahon Line. This village was invaded and occupied by Indian troops in June 1959, but was recovered by China after the armed conflict instigated by Indian troops in August 1959. Following that, China not only restored its administrative control over Longju, but also maintained a post there for a period of time.”
Beijing added that the Indian allegation that both sides had agreed that neither Chinese nor Indian personnel should occupy the village, was ‘pure fabrication’.
On December 19, 1962, Delhi strongly objected to China ‘very boldly’ saying that the Indian stand was ‘pure fabrication’, it requested Beijing to read again Zhou Enlai’s latter of December 17, 1959 addressed to Nehru, in which the former had stated: "Pending the above-mentioned agreement, the Chinese Government, in a conciliatory spirit and out of the desire to move towards the withdrawal of armed forces along the entire border, is prepared to agree first to reach a partial solution by applying the proposal you have made in your letter for the non-stationing of the armed forces of both sides at Longju to the other disputed places on the border as well."
During the following years, China started slowly creeping in, eventually a small border post in the area. Delhi kept quiet.
Today, China wants to change the status quo of the Indian Northern Border and proves that it can do whatever it wants in what it perceives as its own territory. It has serious implications elsewhere on the border, particularly in the Aksai Chin area, where Beijing has started exploiting the largest zinc deposits in the Middle Kingdom. If India does not object now, it will be too late in Aksai Chin too.
If China was really interested by peace, as it pretends in every international fora, it should reopen the Rongkor pilgrimage for world peace around the Dakpa Sheri, instead of opening new fronts against India. 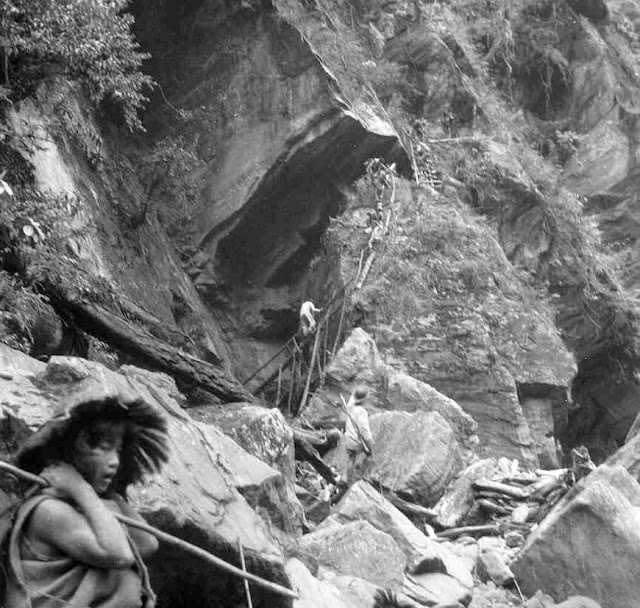 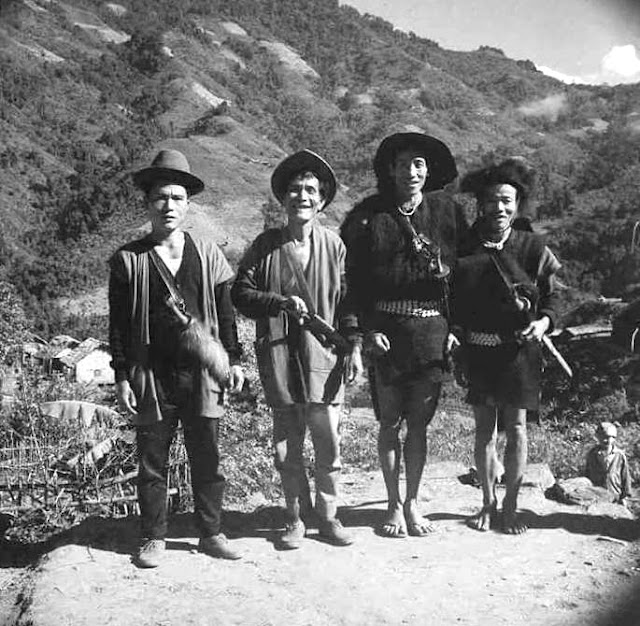 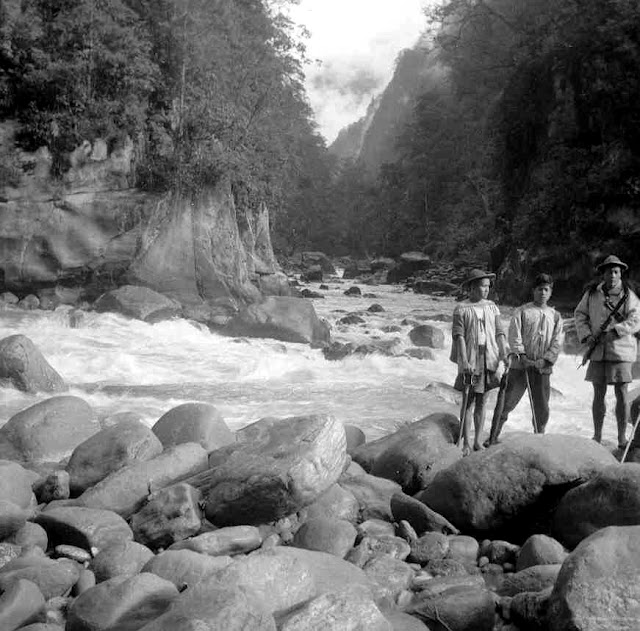 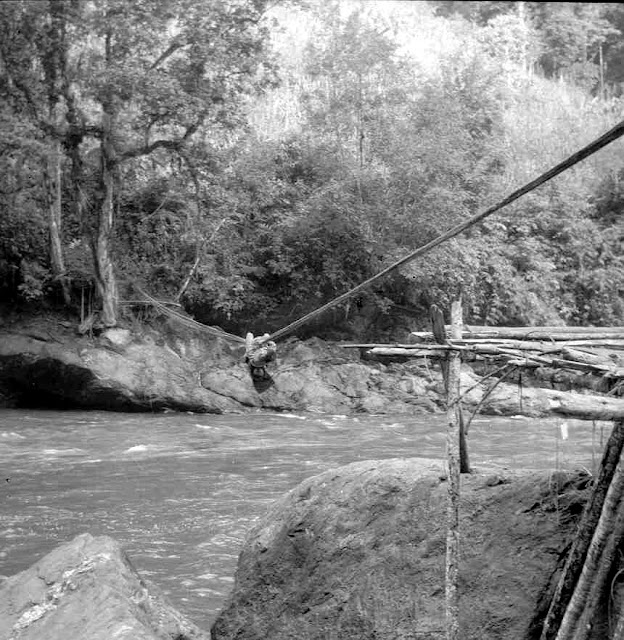 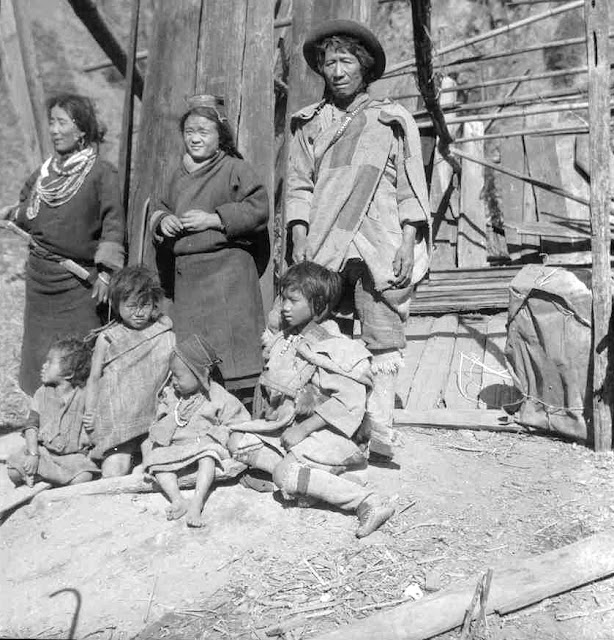 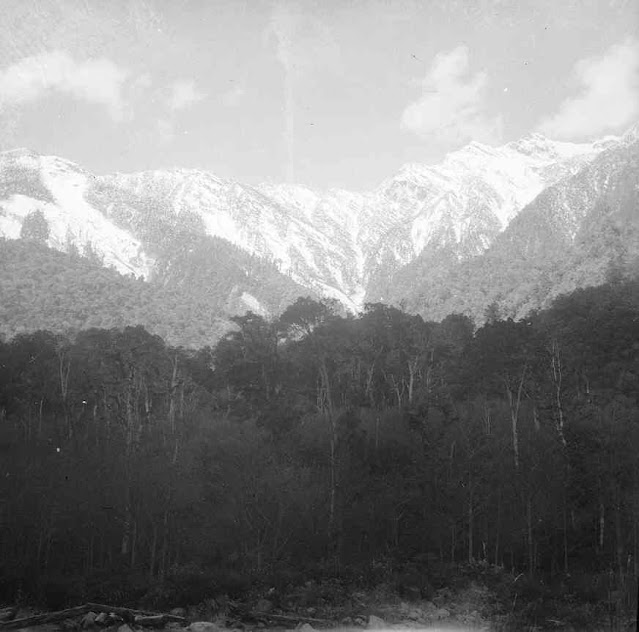 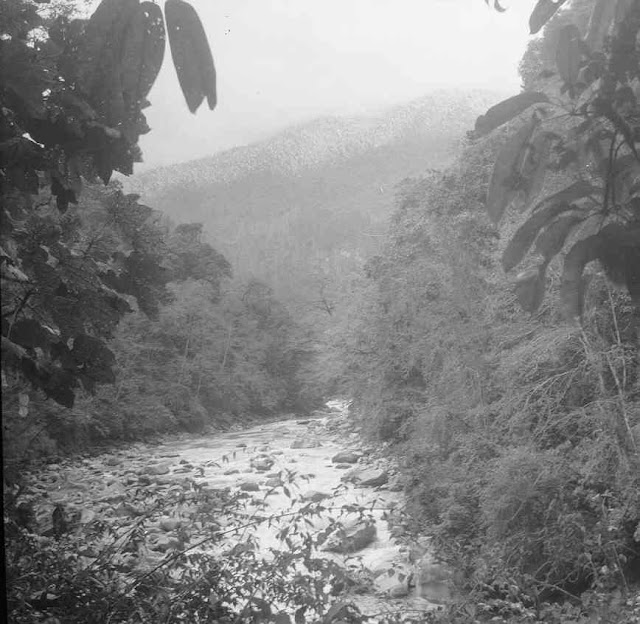 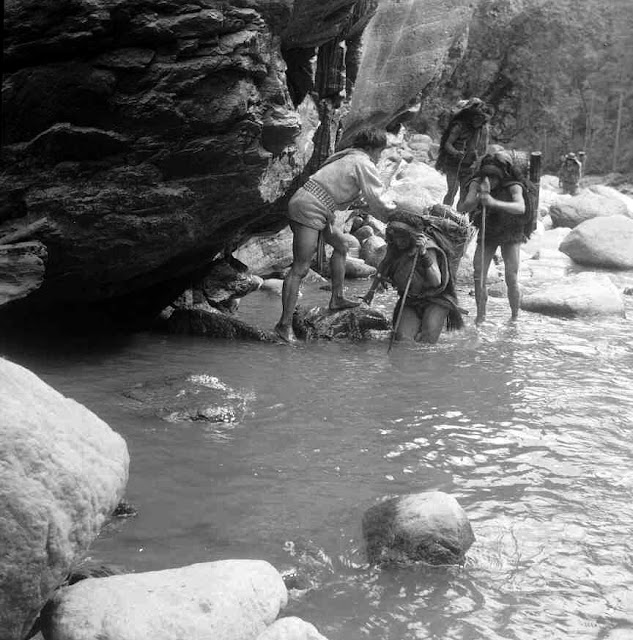 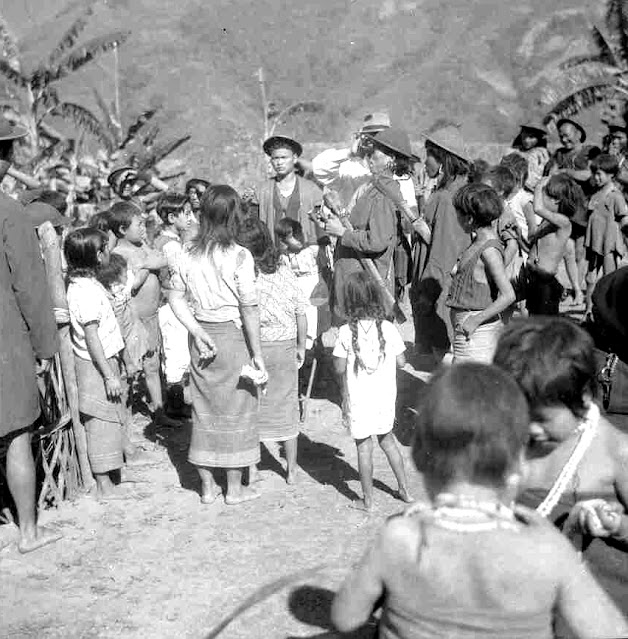