Why China's figures can't be trusted 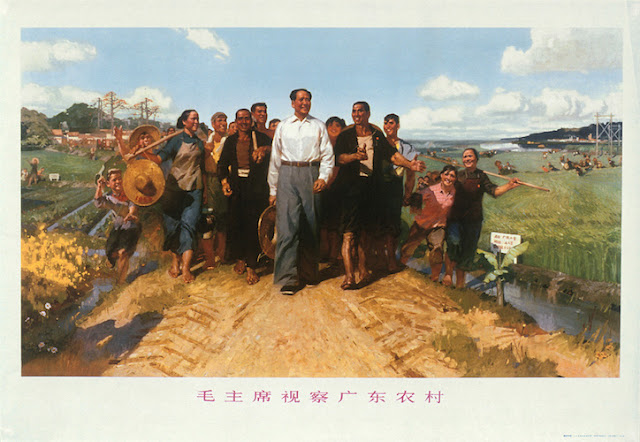 China could have downplayed its number of confirmed cases 'by a factor of 15 to 40 times'.

A few days ago, Boris Johnson's government was furious with China's handling of the coronavirus; some UK officials even warned that Beijing will face a 'reckoning' once the Covid-19 crisis is over. Mail on Sunday reported that scientists had warned the UK government that China could have downplayed its number of confirmed cases 'by a factor of 15 to 40 times'. At that time, China had reported some 80,000 cases of coronavirus.

Old tricks
While the US national security adviser declared that Washington had no way of knowing if Beijing's figures were accurate, US President Donald Trump said that China's coronavirus statistics seemed "a little bit on the light side".
The President's comments came after a senior Republican lawmaker cast doubt on Beijing's data and Bloomberg News spoke of a classified US intelligence report which concluded that China had under-reported the total cases and casualties due to the virus. Though he had not read the intelligence report, Trump observed: "The numbers seem to be a little bit on the light side - and I am being nice when I say that - relative to what we witnessed and what was reported." He admitted that during his recent phone call with President Xi Jinping, he discussed the spreading of the virus, "but not so much the numbers".
Today, many believe that the Covid-19 is the greatest 'natural' tragedy which has befallen China (and the world) since World War II.
However, one should never forget the Great Leap Forward (GLF), a human-made tragedy which recorded 45 million deaths in the Middle Kingdom.
The Great Famine, which followed the GLF, lasted from 1958 to 1962, and "to this day the ruling Communist Party has not fully acknowledged the degree to which it was a direct result of the forcible herding of villagers into communes under the GLF”, wrote Frank Dikötter, the author of Mao's Great Famine.
In The New York Times op-ed, Dikötter wrote: "Historians have known for some time that the GLF resulted in one of the world's worst famines. Demographers have used official census figures to estimate that 20 million to 30 million people died. …In all, the records I studied suggest that the GLF was responsible for at least 45 million deaths."

History of falsehood
In 1958, Mao Zedong had declared that China would overtake Great Britain in 15 years (later on he changed it into 2 to 3 years); the way to do was by setting up thousands of People's communes; it was to be a disastrous political project.
One of the main reasons for the failure and subsequent tragedy was the forging of the figures. In 1957, the Communist Party started to export excess foodgrain to show off to the world how great the Communist regime was; at the same time the production of grain had been quickly decreasing throughout China, due to Mao's faulty agricultural policies.
But to please the Great Helmsman and the Party, the local satraps kept increasing the figures and announced bumper crops; according to Wikipedia, "In 1960 state granaries would have 50 billion jin [traditional units of measurement] of grain, when they actually contained 12.7 billion jin. …the grain yield in Gansu declined by 4,273,000 tonnes from 1957 to 1961. This series of events resulted in the illusion of superabundance, in which the Party believed that they had an excess amount of grain they could access; but, the Party was also unaware that crop yields were in fact lower than average."

Little transparency
In October 1959, the propaganda magazine China Reconstructs showed farmers with the caption "Celebration of the 1958 bumper harvest at a people's commune in Anhui province." In 1960, other posters read: "The People's commune is good, happiness will last for ten thousand years." Falsifying the figures did not stop. 40 years later, a junior agriculture official lied to Premier Zhu Rongji about some grain harvest figures; then the honest Prime Minister realised how serious the problem of false statistics in China was.
China Youth Daily reported: "Premier Zhu inspected a grain-purchasing station in Nanling county, Anhui province and was delighted to find it full. However, China Central Television revealed that the head of the station had borrowed a substantial amount of grain from other factories ahead of the visit to convince Mr Zhu that he had fulfilled his required purchasing duties." The official had only met half the required purchase quota and had refused to buy more grain. During his tenure, Zhu tried to stop this Chinese 'disease', but never succeeded.
Still, there is no transparency in China. In 2018, Xiang Songzuo, a professor at the Renmin University School of Finance, wrote that China's GDP growth would only be 1.67% and not 6.5% as stated by Beijing. According to Chinascope website, Xiang warned, "Chinese have become addicted to playing with debt and high leverage financing. This is a mirage and will collapse." Ditto for China's Defence Budget, evaluated to be twice the official figure. There is nothing new about the forged figures in Wuhan, where the number of casualties froze after the Emperor's visit on March 10.
The question for the Communist leadership is, can China become a responsible, transparent, modern State, or does Beijing want to continue with the old ways?
Posted by Claude Arpi at 8:47 AM