Let the staff go along with the flag; the typewriters can follow later

This morning, one of the pioneers of the Indian Frontier Administrative Service (IFAS) passed away.
It perhaps marks the end of an era.
KC Johorey, who later joined the IAS and became Chief Secretary in Goa, was one of the first to join the IFAS in 1954.
He started his career in the Indian Army (Corps of Engineers), but one day, he decided to jump into the newly-created IFAS. It was quite an adventure.
In an interview, he remembered that Prime Minister Nehru personally briefed the officers who had been selected to administer India’s frontiers: “The staff must go along with the flag and the typewriters can follow later on. That is it, physically and literally,” recalled Johorey, who provided some details about the first days of the Service: “We had all met in Delhi [the first batch of 14 officers] and received some training there.”

Then, the batch proceeded to Shillong where they were briefed by the Governor, the Chief Minister of Assam and various Heads of the Department: “We learnt the law and the local trait of each tribe; not that we learnt their languages in 14 days.” And that was it.

They were then ordered to join duty in their respective posts. Johorey and his colleagues, Captain U. Chakma and Lt Col Rashid Yusuf Ali (the senior-most of the three) had no alternative, but to take their assignment by air: “We landed at Rowria airfield in Jorhat [Assam] and we waited. We could not walk to Along [today Aalo], there were no roads. The Brahmaputra River had eroded the banks and damaged all the approaches. There was no bridge on the Brahmaputra at that time and you could not even go by ferry boat to Pasighat,” he recalled.

He elaborated: “Along had a very small hastily levelled air-strip. So, we waited in Jorhat for 14 days. Every day we used to go to the airfield, wait for the dense clouds to disappear and come back [due to bad weather]. This happened for 14 days. One fine morning, the dashing pilot of the Indian Air Force told us: ‘Let us board and take off quickly for Along’. "

Yusuf Ali, U. Chakma and Johorey had been given the charge to ‘administrate’ the Siang Frontier Division with Along as a base. Later, a doctor was appointed and joined the 3 officers. Johorey liked to evoke his first days in Siang: there were two houses, one for the burra sahib, and behind another smaller hut: “The houses were really huts made of bamboos, palm leaves and canes. Even the tables and the beds were of bamboos. There were no mattresses, no electricity and no furniture. The houses were very clean and airy. That was all,” says Johorey.

As for the food, they depended on the airdrop; the small airfield was used as a Dropping Zone. It is how the IFAS started. All the IFAS officers interviewed by me, like Johorey or Brigadier (Justice) DM Sen, the first Judge Advocate General of India, who lived till 100 years, had fond memories of their days in NEFA; they all had similar stories to tell. Earlier, officers had been headquartered in Dibrugarh or Pasighat and they only occasionally visited Along (not to speak of the more remote parts of the Siang Frontier Division today under Upper Siang, and West Siang districts of Arunachal).

Pasighat was then a five-day journey by mule track: “Usually we arrived on the fifth or sixth day”, said Johorey, who added: “we kept on meeting the people to know their problems, aspirations and expectations.” After a couple of weeks, having ‘comfortably’ settled at the ‘headquarters’, they started travelling to remote villages: “Some of the villages were very new and no administration had ever gone there. They had never seen a coin. They had no medicines.”

The new administrators had a small protective escort of the Assam Rifles; in each NEFA district headquarters, the paramilitary force, then under the Ministry of External Affairs, had the responsibility to guard the government treasuries.  Johorey went on with his fascinating narration: “We continued travelling and meeting people. They used to come with their personal problems and legal cases including land disputes. [For example] somebody had violated the tribal code which had the sanctity of law or violated the rules; and there were simple cases. Then, there was the distribution of salt.” Earlier the tribal population had to walk for weeks to reach Tibet to get salt; sometimes, tribals visited plains of Assam to barter goods. Such were the early days of the IFAS.

At the end of the 1950s, KC Johorey was posted as Indian Trade Agent in Yatung. It had the privilege to receive the Prime Minister when the latter crossed over the Chumbi Valley on his way to Bhutan. Nehru spent two nights in the Indian Residence in Yatung.
I have earlier mentioned Nehru's visit to Tibet on this blog. 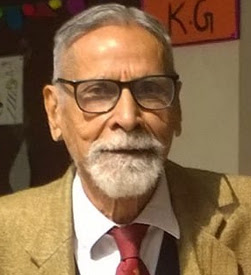 Short Biodata
Maj KC Johorey, Indian Army, IFAS and IAS, was born on 14th May, 1927.
He completed his education from Allahabad University during the year 1944-47.  On completion of  his academic education he joined Indian Army on September 12, 1948 and he served till January, 1954. During his service in Indian Army, Maj Johorey went through various Training and Courses at different institutes:
-   Indian Military Academy, Dehradun - 1947-48
-   College of Military Engineering,  Pune - 1949-52,
-   Infantry School Mhow
-   Intelligence Training School Mhow,
KC Johorey later had served Government of India in the IFAS and IAS :
He was with the Indian Frontier Administrative from Jan 1954 to 1962 as Assistant Political Officer, Sub- Divisional Magistrate, Political Officer/District Magistrate /Deputy Commissioner in Along, Pasighat, Khonsa and Bomdila.
He was later posted as India Trade Agent (ITA) in Yatung and acting ITA in Gyantse, Tibet; First Secretary, Embassy of India in Afghanistan; Counsellor (Political) & Financial Adviser, Political Officer in Sikkim & Bhutan in Gangtok.
Later, he joined the Indian Administrative Service in the AGMUT Cadre.

He served as Director (Backward Classes  Welfare), Central Zone, Min of Planning & Social Welfare , Commissioner (Food & Civil Supplies); Secretary, Administrative Reforms, Department of Health & Family Planning. & Administration; Financial Commissioner in Delhi administration.
He retired as Chief Secretary, Goa.
His bio says: “KC Johorey served in some of the most sensitive areas in delicate and difficult assignments  at critical periods like the opening of administration in erstwhile NEFA since 1954, Chinese aggression (while he was posted at Bomdila) and Indo-Pak conflict of 1965 (during my tenure in Afghanistan). His service record during the period of emergency in India has been remarkable. During his brief tenure as Financial Commissioner of Delhi Administration he had delivered over a thousand judgments in cases arising out of appeals from various Courts of Collector.”
KC Johorey was a recipient of Padma Shri.
He has written his memoirs "India Pre and Post-Independence,: Indo-China War and Beyond" published by Pentagon Press.

Johorey was also a great mountaineer, in 1953, he participated in the climb of the  Nun Kun.

A book Abode of Snow - A History 0f Himalayan Exploration and Mountaineering by Kenneth Mason, 1955, says:

Nun was eventually climbed  in 1953 by a  French party led by Bernard Pierre. They travelled by Jammu and Kishtwar and pitched their base in the upper Fariabad valley. The party comprised Bernard Pierre,  Michel  Desorbay, J. Gudernin, Madame  Claude  Kogan, Pierre Vittos (a Swiss missionary working in Ladakh), and two Indian officers, Flight Lieutenant Nalni D. Jayal and Captain KC Johorey. They had with them six Sherpas, led by Ang Tharkay. Three camps at 18,000, 19,800, and 21,400 feet were placed on the west ridge of Nun. The assault party, comprising Madame Kogan and Vittos on one rope, and Bemard Pierre with the Sherpa Pemba Nurbu (No. I 50) on another left Camp 111 at 21,400 feet at 7.30 a.m. on 28 August. During the ascent Bemard Pierre had to give up, but Madame Kogan and  Pierre Vittos reached  the summit at three o'clock. The three highest summits of the massif have now all been climbed : Pinnacle Peak (22,810) by the Workmans in 1906, Kun (23,250) by Calciati in 1914, and Nun (23,410) by this party in 1953. 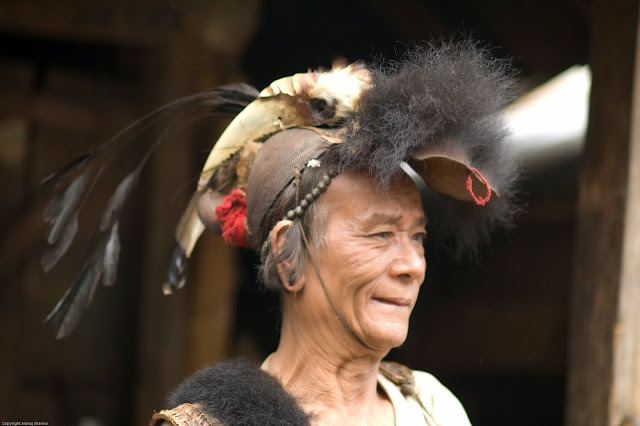 In homage to KC Johorey, I reproduced an article several years ago on the Indian Frontier Administrative Service.

My article Romance of Hostile Borders appeared in the Opinion Page of the The Statesman.