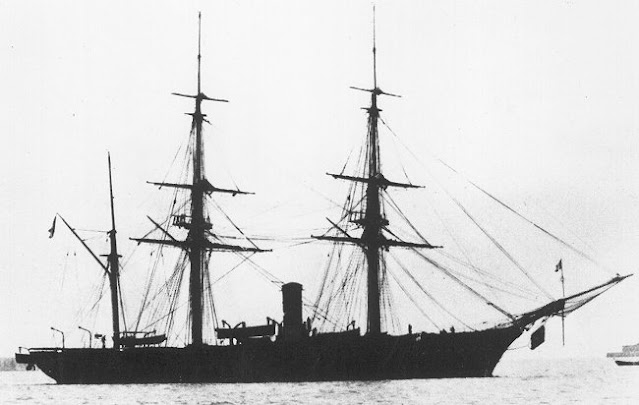 Here a eleven years ago article on the arrival of Sri Aurobindo in Pondicherry on April 4, 1910.

On April 4, Pondicherry celebrates the 100th anniversary of Sri Aurobindo’s arrival in the former French Establishment. On that day, politicians, eminent personalities and scholars will garland statues of the Master and pronounce great speeches; they will probably recall what Viceroy Lord Minto said about the first proponent of Purna Swaraj: “I can only repeat that he is the most dangerous man we have to reckon with”, and the curtain will fall on the grand function. I presume that it the fate of all functions.
But, let us go back 100 years ago.
In the afternoon of April 4, 1910, the Pondicherry pier witnessed a scene which will remain etched in history: a strict orthodox Tamil Brahmin, Srinivasachari and Suresh Chakravarti, a 18-year old Bengali revolutionary shared a small boat to reach out to Le Dupleix, a steamer which had just arrived from Calcutta carrying the ‘most dangerous’ man on board. 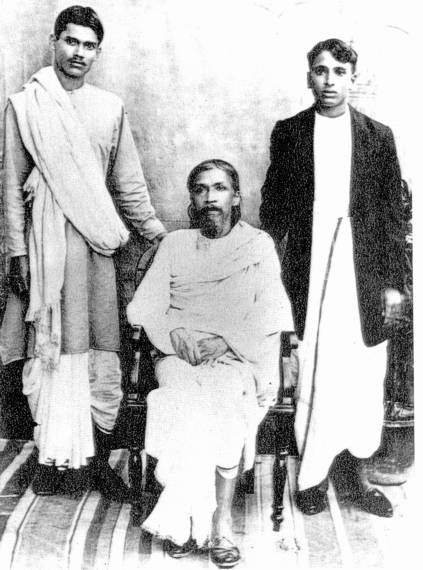 Perhaps due to old habits inherited during his British years, the revolutionary leave would not leave before having a cup of tea in the cabin. By the time they disembarked and boarded the rowboat waiting to take the famous passenger to French India, it was 4 pm.
Sri Aurobindo already ‘knew’ for certain that on a higher plane, India had already got her independence; it was only a question of time before it would ‘materialize’.
It is one of the reasons why as he set foot on the French territory, he could consecrate his energies to help humanity to undertake a new step in its spiritual evolution; a decision that many politicians in India never forgave.
Sri Aurobindo had come to Pondicherry to change the human nature. During the four following decades, his mantra will be “All life is Yoga”; everything, including matter has to be transformed and made divine.
Around 1914, he foresaw: “At present mankind is undergoing an evolutionary crisis in which is concealed a choice of its destiny.... Man has created a system of civilisation which has become too big for his limited mental capacity and understanding and his still more limited spiritual and moral capacity to utilise and manage, a too dangerous servant of his blundering ego and its appetites.”
He believed that “the burden which is being laid on mankind is too great for the present littleness of the human personality and its petty mind and small life-instincts” and therefore “it cannot operate the needed change” without a change in consciousness.
It is doubtful if the garlanders will have this in mind when they pay homage to the ‘great leader’, but no harm thinking positively.
For several months, Sri Aurobindo and his companions stayed on the second floor of a house belonging to one Shankar Chetty; Swami Vivekananda had stayed there when he had visited Pondicherry a few years earlier.
During the first three months, the young men remained inside the house day and night, it was too dangerous to roam the streets of the White Town; British CID agents were watching for a scoop.
Life continued thus during the following years, though rules gradually became less strict for the disciples who were even allowed to play football.
August 15, 1947, the day India obtained her independence coincided with Sri Aurobindo’s 75th birthday. It was a ‘justice of history’ for someone who had tirelessly worked for this momentous event.
The previous day, Sri Aurobindo had been requested by All India Radio to give a message to the nation. He spoke about his Five Dreams.
The first was that India be united again. Will the present division disappear one day and at which cost? Nobody can answer this question.
The second dream was to see the “resurgence and liberation of the peoples of Asia”. It is certainly happening fast.
Sri Aurobindo’s third dream was of a “world-union forming the outer basis of a fairer, brighter and nobler life for all mankind.” Many groupings such the European Union, the ASEAN or more recently the BRIC are slowly taking shape.
The fourth dream was a ‘spiritual gift of India to the world’. One only has to go to a bookshop in the West or look at the number of works on yoga, dharma, etc. to see that something of this has already been achieved.
The final dream was a new “step in evolution which would raise man to a higher and larger consciousness and begin the solution of the problems which have perplexed and vexed him since he first began to think and to dream of individual perfection and a perfect society”.
But life was not always easy. In the evening of August 15, 1947, goons belonging to a local political party turned violent and attacked some of the inmates of the Ashram. Mulshankar, a personal attendant of Sri Aurobindo who had gone home for a shower was attacked and killed. Nirodbaran, a close confident of the Master wrote later: “Sri Aurobindo listened quietly [to the news] and his face bore a grave and serious expression that we had not seen before.” India was free, but the Goonja Raj had begun.
It was probably the first act of terrorism of free India.
A few days later, Sri Aurobindo explained to the Editor of a National Daily: “There are three sections of the people here who are violently opposed to the existence of the Ashram, the advocates of Dravidisthan, extreme Indian Catholics and the Communists.”
For these small sections of the local community, Sri Aurobindo had probably become the ‘most dangerous man’, just because he believed in a future humanity rising above ideologies, castes, creeds or religions. He was indeed the Prophet of a new Humanism. A hundred years after his arrival in Pondicherry, one should not forget his message
Sri Aurobindo has described this quest as ‘the Adventure of Consciousness and Joy’. It seems to be the most urgent task at hand for humanity.
If enough individuals would aspire for this higher consciousness, undoubtedly the process could be hastened and the world around us would begin to change. It is perhaps the only relevant adventure in the world today.
But there is the other side to the coin: terrorism, corruption, discrimination, inequality, selfishness, etc. seem to prevail everywhere.
A hundred years ago, Sri Aurobindo saw that mankind was confronted with this ‘critical choice’, if the human race was to survive. Will humanity make this choice?

Very well written. The key idea's of Sri Aurobindo are ' love conquering death' and evolution of a divine being. When we reflect on his life we get a glimpse of the evolution of the divine on earth ( to conquer death?). I was happy to read your article.
Ranjan
2nd Aug. 2013