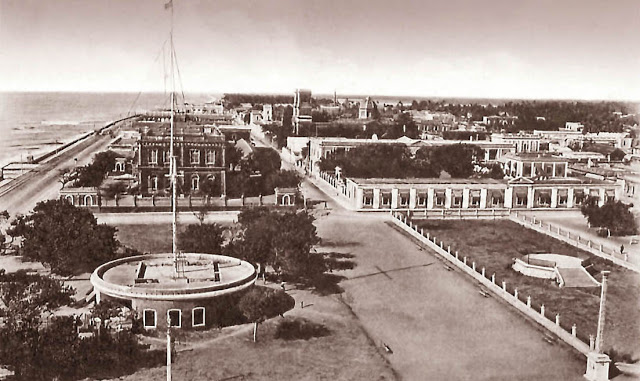 Seven years ago, I wrote this paper on the 'saddest day' of Pondicherry.
What happened was very unfortunate indeed!

The attendant of the rishi, Sri Aurobindo, who had given his life for the Freedom of India, was killed by supporters of a political party in front of the Ashram.
On Day 1 (August 15, 1947), goodaism was already part of the Indian political life.
Despite the French police's reputation, nothing happened to the criminals who were never arrested.

...The British Consul General reported that he had heard “rumours of a clash between the Socialists and some passers-by and that some of the Ashram buildings were stoned.”
He informed Delhi that one unconfirmed report mentioned that one member of the Ashram had died as a result of injury inflicted by a stone.
This incident is the most tragic of a day otherwise marked by joy and patriotic fervor. The death of Mulshankar, Sri Aurobindo’s attendant deeply blurred the Independence Day celebrations.
Mulshankar, a young Gujarati had come to the Ashram in the thirties and soon started serving Sri Aurobindo as an attendant and a masseur.
On the fateful day, Mulshankar was stabbed in the neck by local goondas; when he reached the Ashram main door, he was profusely bleeding, and ultimately, he could not be saved.
The press reported: “In the evening of 15 August 1947, the day of India’s independence, armed rioters attacked the Ashram, killing one member and injuring several others.”

Click here to read the paper...
Posted by Claude Arpi at 6:34 AM