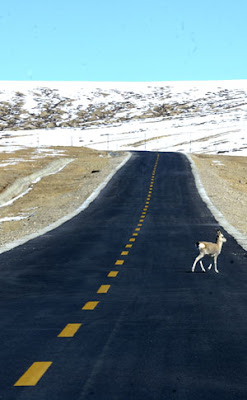 It is said that "The completion of a sentry post reportedly located in Medog County of the Nyingtri Prefecture in the Tibet Autonomous Region (TAR)—bordering the disputed Arunachal Pradesh region—late last year apparently marked the completion of a nationwide surveillance system that serves as a component of this colossal infrastructure project."
Methok (or Medog for the Chinese) is very close to the Great Bend of the Yarlung Tsangpo (Brahmaputra). It is where the Chinese are rumored to plan a dam to divert the waters of the Brahmaputra. It used to be one of the most remote areas of the planet. Today, it is linked to the rest of the Roof of the World by beautiful roads and an airport (in Nyingtri).
Compared to India, China is definitively far in advance  when it comes to infrastructure development of the borders areas.
I am not commenting here on the 'digital' Great Wall, but only on 'material' developement.