Grim news for India: according to Xinhua, the preliminary work on the Yunnan-Tibet Railway is being carried out.
On September 20, the Chinese news agency announced the beginning of the work on the Yunnan-Tibet Railway which will run through Shangri-La and Dechen County of Yunnan Province and Markam and Dzogang Counties in the Chamdo Prefecture of the Tibet Autonomous Region (TAR).
In Bamda, a small township of Nyingchi Prefecture, the line will connect with the Sichuan-Tibet railway presently under construction.
The railway line will have a total length of 415 kilometers, with 265-kilometer railway in Tibet Autonomous Region, the rest in Yunnan.
The total investment is evaluated to be 43.6 billion yuan (some 7 billion US dollars), out of which the Tibet section's comes to 27.8 billion yuan.
The preliminary work which includes surveys and line alignment, has started.
Xinhua says that the Tibet's railway department “will accelerate relative work and strive to start its construction work during the 14th Five-Year Plan period [2020-2025].”
According to China Tibet Online: “The Tibet's railway network is gradually approaching perfect [sic] along with the operation of Qinghai-Tibet Railway and Lhasa-Shigatse Railway as well as the construction of Lhasa-Nyingchi Railway.”
The website adds: “Since the Qinghai-Tibet Railway is put into operation, Tibet's freight transportation has increased rapidly and it has become the main freight channel.” 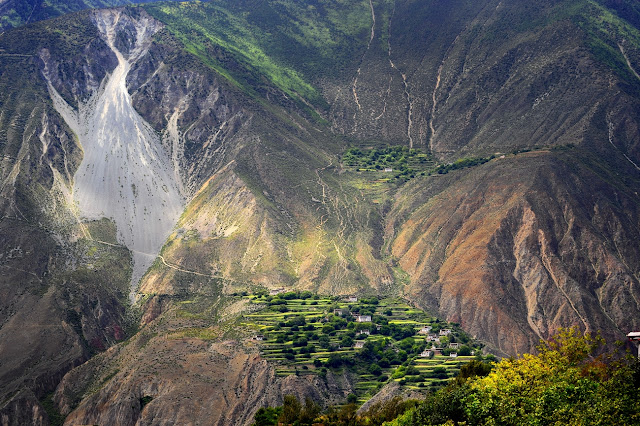 Though it is not mentioned, China probably plans to extend the Lhasa-Shigatse-Kyirong line towards Western Tibet and one day (not too far) to Xinjiang (by following the route of the Highway 219 through the Aksai Chin).
About the Yunnan-Tibet railway, China Tibet Online notes: “Compared to highway's season limit and airplane's climate limit, the construction of Yunnan-Tibet Railway will bring more convenient transportation conditions for the passenger and cargo circulation between Tibet Autonomous Region and Yunnan Province. The rapid development of traffic can reduce transportation cost and then promote the economic development of manufacturing industry.”
As mentioned earlier on this blog, all infrastructure development in China needs to follow a dual use (civilian and military) norms. It is probably at what the website hints when it says: “In addition, Yunnan-Tibet Railway is a critical part of China Western Development, which is meaningful for the leapfrog development and long-term peace and order of Tibet.”
‘Peace on the border’ means reinforcement of the infrastructure opposite Eastern Arunachal Pradesh.
In the meantime, India is not fully asleep.
According to The Business Standard:  “The Indian Air Force is ready to fully operationalise seven Advanced Landing Grounds (ALGs) in Arunachal Pradesh. After over two years of repair and reconstruction work, the ALGs will be brought into use and are intended to give a major boost to the country's operational capability. The rupees 700-crore project got an impetus in 2009.”
The Tawang ALG, far from being completed, will allow one day the landing of C-130J Super Hercules, the latest IAF’s transport aircraft.
Posted by Claude Arpi