More Infrastructure on the Tibetan Plateau 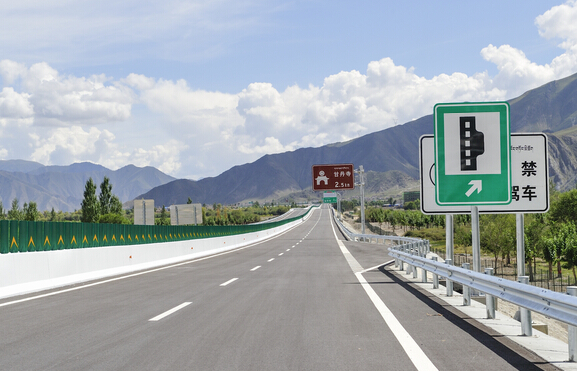 According to the Tibet Business Daily, a ‘high-grade highway’ between Lhasa and Nyingchi (Tibetan, Nyingtri) is expected to begin its trial operations on September 15.
On September 10, 2015, local reporters drove from Lhasa to Meldro Gungkar (Maizhokunggar) County to ‘experience highway conditions’ on this section of the new Lhasa-Nyingchi highway.
Their ‘trial’ ride lasted 40 minutes.
The Lhasa-Nyingchi high-grade highway is one of key projects of the Twelfth Five-Year Plan. It runs on a distance of 410 kilometers from the Tibetan capital to Nyingchi, located north of Arunachal Pradesh (i.e. the McMahon Line).
Once it opens to traffic, the journey from Lhasa to Nyingchi will be two hours shorter, compared to the present drive. 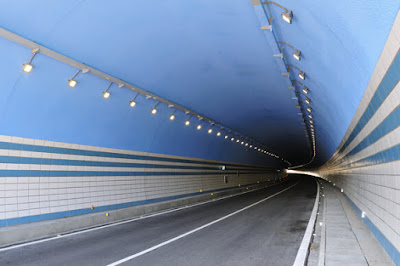 It is said that three rows of induction lamps will light up the tunnel, allowing drivers to have a good sight of road condition while inside the tunnel, says the China Tibet Online.
The entire highway seems to be built for the sake of the Chinese tourists ...and the PLA (the main PLA's Headquarters in located in Bayi town, the terminus of the road).
Soon after leaving Lhasa, the visitor can stop at a viewing point called Bagaxue Viewing Deck.
With black-necked cranes crossing this wet land area in winter, passengers can see the birds ...if they are lucky.
Then, 40 minutes away from Lhasa, in Meldro Gungkar, the visitor can take a bath in Dezhong Hot Spring.
Reporters were told that “once the monitoring equipment is adjusted, the high-grade highway between Lhasa and Nyingchi will start its trial operations.”
What is this monitoring equipment?
Probably surveillance cameras to check the vehicular traffic!
The Chinese website mentions that besides, monitoring equipment, all relays need to be fitted with solar panels and wind generators; further large LED screens will be installed to display information about the regions crossed and the traffic situation. 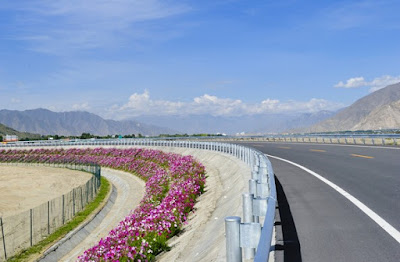 A new Airport on the Plateau
Another piece of information on the fast-growing infrastructure development on the Tibetan plateau is given by Xinhua.
The Qinghai Airport Co. authorities announced that a new civil airport will open on the Tibetan Plateau by the end of this year.
It is located in Golok Tibetan Autonomous Prefecture of Qinghai Province.
The airport has been built at an altitude of 3,500 meters.
It has a 3,800-meter-long runway and a 3,000-square-meter terminal.
The construction is expected to be completed by the end of October.
The announcement had to be made now, to coincide with the 50th anniversary of the Tibetan Autonomous Region (though Golok Tibetan Autonomous Prefecture is located in Qinghai).
By the end of this year, flights from Golok to Xining, Lhasa, and Chengdu will be introduced. 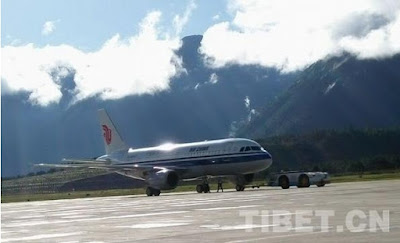 It will be the sixth civilian airport in Qinghai province and the first in Golok.
Xinhua says: “Golok boasts rich ecological and tourist resources. The new airport is expected to make travel more convenient for tourists and scientific researchers who come to the prefecture.”
The Golok tribes have for century been the most unruly Tibetans.
Beijing probably expects the airport and the hordes of tourists to transform the Goloks into docile tour guides.

A new hardening of the policies
At the same, the Chinese policies for the Roof of the World have hardened. The moderate South China Morning Post says: “The Tibetan spiritual leader [the Dalai Lama], still widely revered by ordinary Tibetans, is often portrayed by the state media as a crook.”
The Hong Kong newspaper continues: “Although Chinese officials now place social stability in Tibet higher than economic development, apart from the old formula of stick and carrot - security crackdowns and economic investment - one cannot see any new alternatives being offered. Instead, the tough warnings against separatism appear to be signaling harsher restrictions on Tibetans in an atmosphere that is already tense and repressive.”
It concludes: “Instead of resorting to more hard-line policy to preempt possible insurgencies, the authorities could perhaps consider listening to the grievances of the Tibetan people and look into the underlying causes of self-immolation protests to understand their frustrations.”
But Beijing has decided to develop the infrastructure instead and bring more millions of Chinese tourists.
This will not help removing Tibetan resentment. 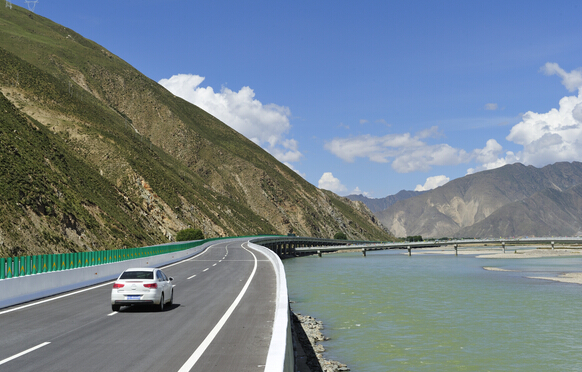 Thanks for complete details on Tibetan Plateau.