As I mentioned a couple of days ago, the White Paper published by the Chinese State Council 'on the development path of Tibet', is violently anti-Dalai Lama.
I wonder why?
The Tibetan leader is certainly the best bet that China can find, if it seriously wants to find a solution to the Tibetan issue.
But the leadership in Beijing probably feels that there is ‘no Tibetan issue’, and everything is fine and smooth on the Roof of the World.
The White Paper asked the Dalai Lama to ‘put aside his illusions’ about talks on Tibet's future.
The Tibetan leader is accused of insincerity and of trying to get independence, through the back door, i.e. the Middle Way approach.
For Beijing, the Dalai Lama has little understanding of modern Tibet, but keeps ‘a sentimental attachment to the old theocratic feudal serfdom’.
The White Paper further argues: “The only sensible alternative is for the Dalai Lama and his supporters to accept that Tibet has been part of China since antiquity, to abandon their goals of dividing China and seeking independence for Tibet. …The central government [Beijing] hopes that the Dalai Lama will put aside his illusions in his remaining years and face up to reality.”
The Middle Way, which seeks genuine autonomy for Roof of the World, is something China cannot accept; simply because it believes (or wants to believe) that the Dalai Lama’s ultimate goal is independence: “None of the negotiations were conducted in good faith — it was always the intention of the Dalai Lama and his supporters to divide China and achieve independence for Tibet.”
It is a fact that Beijing has recently been able to bully many Western (and Asian) democracies (with its economic power) and the Dalai Lama has rarely been received by foreign leaders in the recent years.
Beijing also can’t accept the Dalai Lama decides on his own to terminate the Dalai Lama’s Institution: it is to the Party which should decide!
You may deduct from the above that Beijing has a problem with the Dalai Lamas.
It is not the case.
A Chinese official website, VTIBET.com recently reported the renovation of the birth place of the 13th Dalai Lama: “Tronkhang village, [in] Nang County of Nyingchi Prefecture is the birthplace of the great Thirteenth Dalai Lama, Thubten Gyatso,” says the site.
The Tibetan leader is even called, with reverence by Beijing, the ‘Great 13th Dalai Lama’.
The Communist website explains: “The place was formerly known as Nangdui village. However it was renamed Tronkhang (the birthplace in Tibetan language) village because the Thirteenth Dalai Lama was born in this village. His family became powerful Tibetan noble from ordinary people, and constructed Tronkhang manor during 1880 to 1883.”
It appears that the Tibetan ‘local’ government invested some than 7.15 million yuan (1.2 million dollars) “in overall renovation to the manor for returning to its original appearance.”
Started in September, 2012, the renovation work was completed in September, 2013 and of course, it is opened to Chinese and foreign tourists.
Business is business even with the Dalai Lamas. 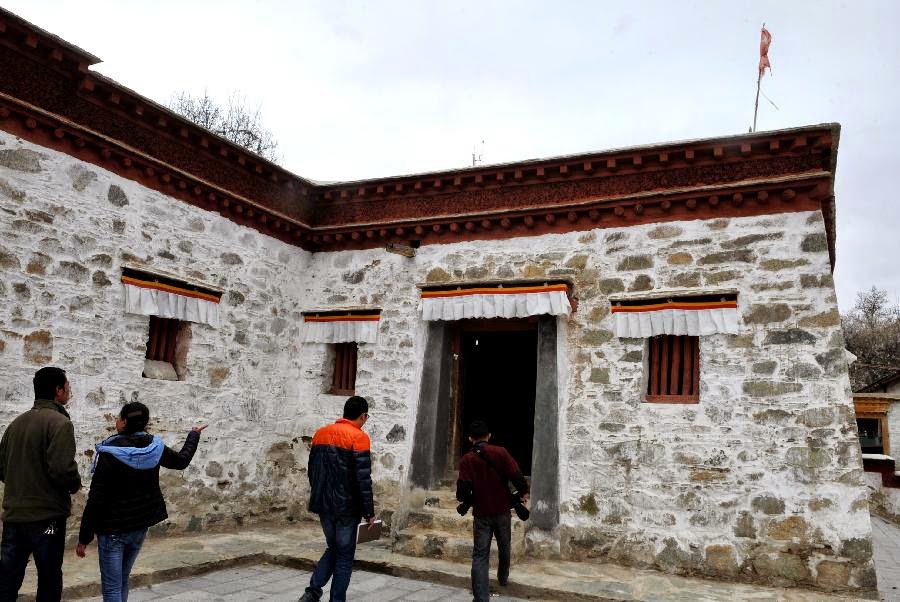 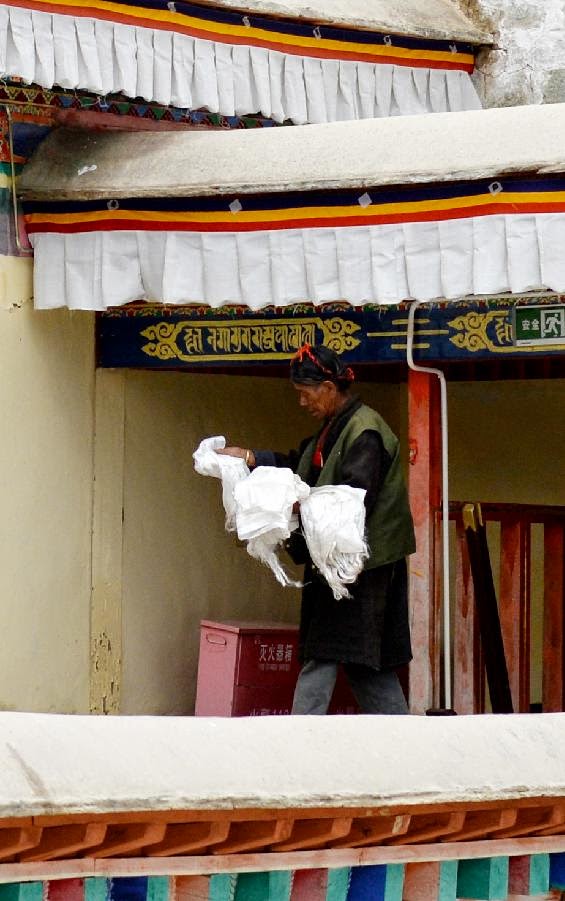 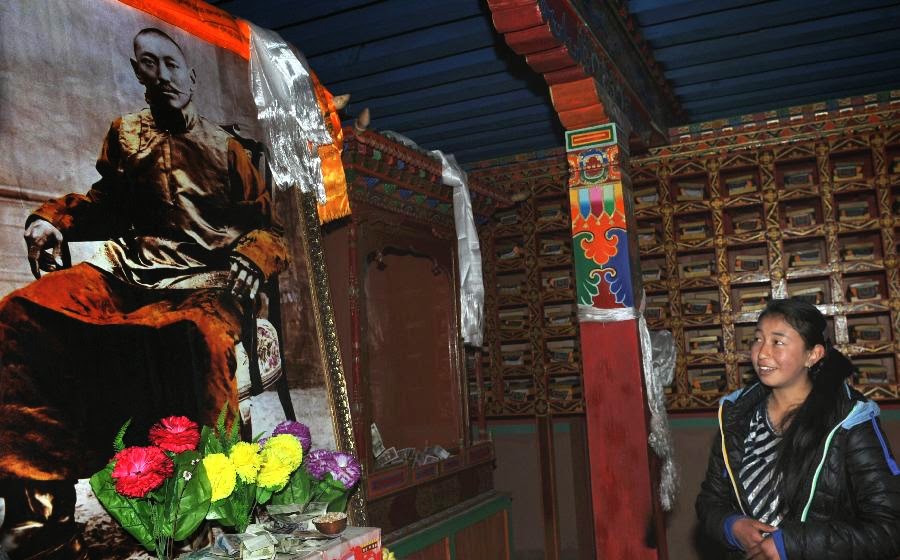 The fact that the 13th Dalai Lama fought all his life to make Tibet an independent country is ignored by Beijing.
In his Testament, the Great Thirteenth had warned his people against many ills then affecting Tibetan society; he also wrote about China: "Between 1912 and 1950, China did not have any authority in Tibet although the Chinese Government continued to claim that Tibet was a part of China. Tibet remained neutral during both the Sino-Japanese war and the Second World War. Unfortunately, throughout this period Tibet did not take active steps to make contacts with the outside world and international bodies and thus prove her independence because it did not seems necessary to the Tibetans. Instead, Tibet made the mistake of following a policy of isolation whereby she thought that she could detach herself from the turmoil of international politics. But the fact of Tibetan independence was often recognized.”
The Dalai Lama particularly advised: "Maintain friendly relations with the two great powers, China and India, conscript able soldiers to guard the borders and make them sufficiently strong to ward off those countries with whom we have had border disputes..."
Thubten Gyatso was in many ways a remarkable liberal and progressive leader; would his advice and initiatives had been followed, Tibet would have remained independent.
He tried to put Tibet on the road to the modern world; he recruited and trained an army (British and Japanese officers were called to take the responsibility of the training); he took the initiative of sending a group of young Tibetans to England to study technologies which could be useful to his country; he reformed the monastic discipline and saw the great importance of Tibet having balance relations with the Great Powers (British India, China, Russia and Mongolia) and during the First World War, he supported the Allies. He was also interested to join the League of Nations and took some steps in this direction through his friend Sir Charles Bell, the British Political Officer.
Is it this Dalai Lama that Beijing is promoting today?
Amazing!
That is not all!
Last year, China Tibet Online announced that the former residence of Tsangyang Gyatso, the 6th Dalai Lama, “has been approved to be part of Tibet's historical and cultural site under government protection.”
According to chinanews.com, it is important to study the life story of Tsangyang Gyatso.
Why?
It is easy to understand: Tsangyang Gyatso was born in India in Tawang district of Arunachal Pradesh, today claimed by Beijing.
The Chinese website tells its Chinese readers: “Tsangyang Gyatso is a famous poet in Tibetan history besides his religious and political identity, having composed dozens of vintage poems. In early 20th century, Zeng Jian, a scholar then working at Mongolian and Tibetan Affairs Commission of Republic of China, collected poems of Tsangyang Gyatso and translated them into ancient style Chinese poetry.”
The Chinese publication adds that “another venerable academic and tibetologist, Yu Daoquan, also translated Tsangyang Gyatso's poems, not only into modern Chinese but English.”
Historically it is not correct to say that “Tsangyang's former residence is located in Tsona county, Lhoka prefecture.”
The 6th Dalai Lama’s residence is located in Urgyeling, south of Tawang; he temporaily stayed in Tsona on his way to Lhasa.
The same website, chinanews.com mentions: “The residence was built by Sangye Gyatso, another historical figure in Tibet [the 5th Dalai Lama's regent], after he found the 6th Dalai Lama. The old home of Tsangyang was a two-story house originally. It was owned by the local government of the county before liberation [i.e. invasion], but [it] became privately owned and started rotting for lack of upkeep after liberation. Having been severely corroded by rain, only the ground story survived with tumbledown timbers.”
The 6th Dalai Lama had an independent mind, as you can see from this 3-year old article.
Beijing seems to have developed a liking for the past Dalai Lamas, but not the present one. It isn't strange! 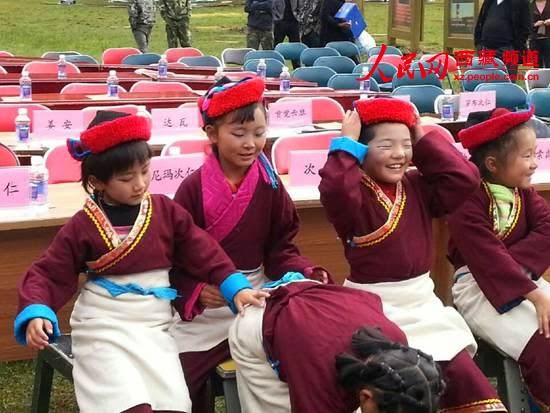 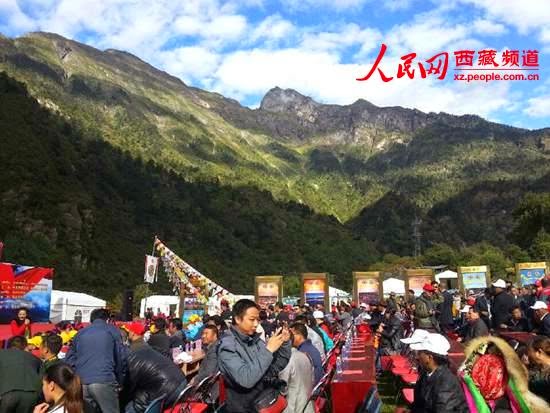