The 'feasibility' of diverting the Brahmaputra

Let me come back on the 'feasibility' of diverting the Yarlung Tsango/Brahmaputra towards northern China.
Some years ago, I wrote the 'history' of the project which had become public in 1986 for the first time.
I am posting below what I wrote at that time.
At the end of the 1980s, till the 1990s, experts agreed that the project to 'push water up' and cross the mountain ranges was impossible, unless Beijing decided to use some sorts of small nuclear devices (or PNE, Peaceful Nuclear Explosions).
Twenty years down the line, the situation has changed. China has made tremendous progress in digging tunnels. It is perhaps one of the reasons why the project has recently resurfaced.
Last week, Bloomberg reported that "China Considers Longest Underwater Tunnel Under Bohai Sea".
The financial publication explained: "China may invest US $ 36 billion to build the world’s longest tunnel beneath the Bohai Sea to connect the northeastern city of Dalian to Yantai in Shandong province".
It quotes the China Daily: "proposals for the 123-kilometer tunnel, which is targeted for completion in 2026, may be submitted to the central government in April". The Chinese newspaper cites Wang Mengshu, an engineer working on the project: "A feasibility study taking two to three years could begin as early as 2015."
The proposed tunnel would become the longest in the world (twice the length of Japan’s Seikan Tunnel, which is 53.9 kms long). Bloomberg asserted: "The world’s second-largest economy has poured billions in past years to build infrastructure to spur growth, which may be more critical with gross domestic product forecast by economists to expand this year at the slowest pace since 1990."
The project is also important for the ports of Qinhuangdao, Tianjin and Caofeidian all located on the coast of the Bohai Sea.
Can you imagine that the tunnel (if constructed) would cut the travel time between Dalian and Yantai to 40 minutes (from about eight hours by ferry currently and 1,400 km by road).
In the Bohai tunnel, trains may be able to run at 220 kilometers an hour and passenger vehicles would cross the sea on rail carriages.
During the last meeting of the National People’s Congress in March 2013, Chen Zhenggao, the provincial governor of Liaoning province requested the central government to take up the project as soon as possible to boost the regional economy.
My point is that if China has the technology to dig such a tunnel under the Bohai Sea, it might be able to perform a similar feat around the Great Bend of the Yarlung Tsangpo, in which case the new avatar of the Great Western Water Diversion may not be an utopia as thought earlier.
One issue has however not been mentioned, it is the fate of the Sanjiangyuan National Nature Reserve (SNNR), also known as the Three Rivers Nature Reserve.
Located on the Tibetan Plateau (in today's Qinghai province), the 'Reserve' monitors the headwaters of the Yellow River, the Yangtze, and the Mekong. The SNNR has been established to protect the sources and headwaters of these rivers. The reserve is divided in 18 subareas, each containing three zones.
Wikipedia says: "Along with wetland and waters protection, other ecological values, such as grassland, forest, and wildlife enhancement, have also been presented as goals. To advance the goals of the SNNR uncontrolled or poorly managed mining, logging, hunting, and grazing have been curtailed. Foreign and other mining firms have replaced the uncontrolled miners, trees have been planted, and measures have been taken to protect endangered species. To protect the grasslands, pastoralists are not permitted to graze their animals in designated ‘core zones’, and grazing is supervised elsewhere in the SNNR. In addition, residents have been resettled from core zones and other grassland areas of the SNNR, and rangeland has been fenced and is in the process of being privatized throughout the Sanjiangyuan Area."
There are, of course, many controversial aspects in this project, but its objective would be the first causality if the mega diversion was allowed to happen. 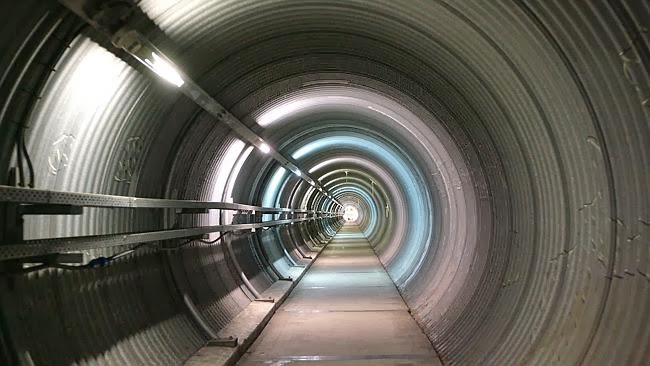