Messages on the Wind

According to Xinhua, Tibet has a telephone penetration of over 99%. Can you believe it?
Quoting from  a  'communication management meeting of Tibet Autonomous Region (TAR)', China Tibet Online affirms: "The number of fixed-line phone users and mobile users totaled 3.05 million, accounting for 99.3 percent of the overall population."
Of course, one has to take Chinese statistics with a pinch of salt.
Anyway, another article of Xinhua states that the number of Internet users in the TAR reached 2.03 million at the end of 2013.
Qunggyi, the head of the Tibet Communications Administration explained: "This means 67.5 percent of Tibet's 3 million population have access to the Internet".
He added that many Internet users are surfing the network using their smartphones. The number of 3G network subscribers in Tibet has reached 964,000 and the new-generation 4G network will soon be available.
Further, 665 townships of the plateau region have been connected with optical cables, covering 97.5 percent of all townships, while 3,231 villages have access to broadband Internet, covering 61.4 percent of the total number of villages.
All this is of course closely monitored by the Chinese Public Security Bureau, but this is another issue.
According to taobao.com, a sales platform under Alibaba: "On last year's Singles Day (Nov. 11) shopping spree at China's largest online purchasing platform Taobao, Tibetans spent more than 7.7 million U.S. dollars, almost double that of 2012."
Here are some 'propaganda' photos of the penetration of the cellphones in Tibet. 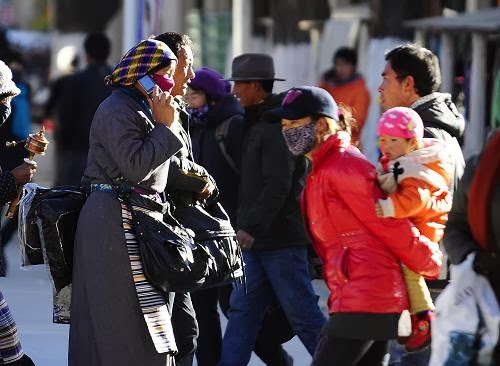 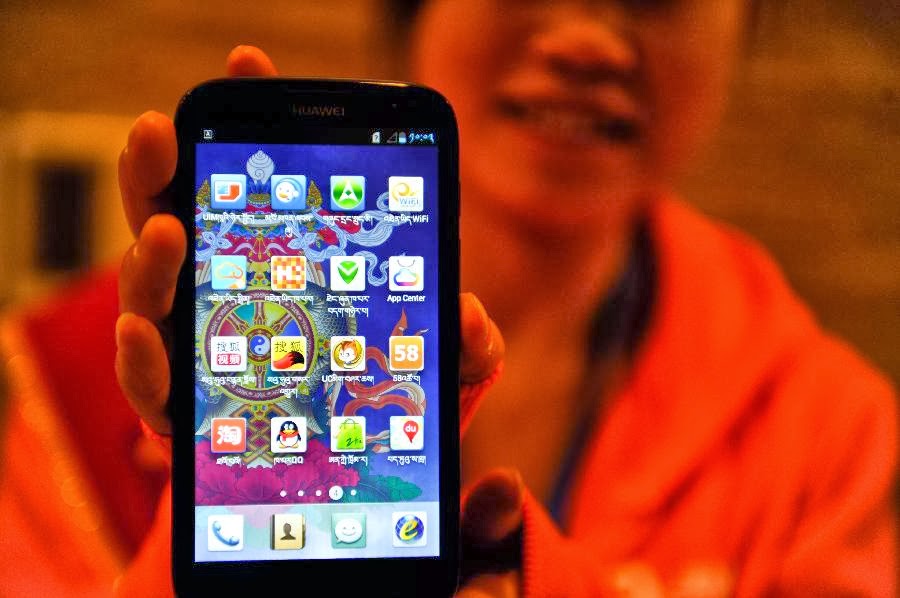 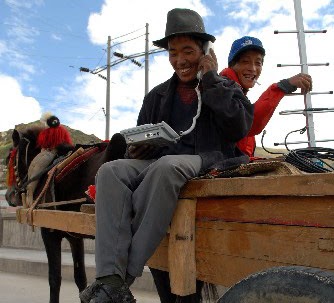 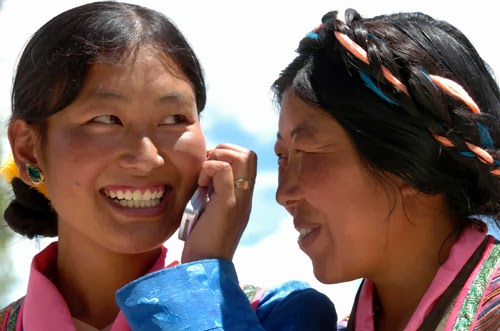 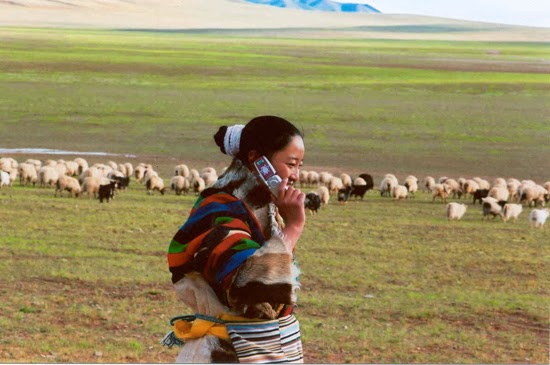 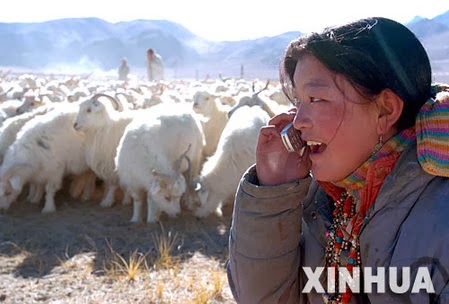 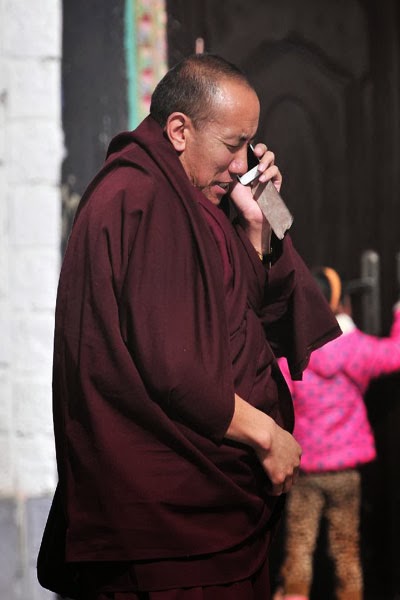 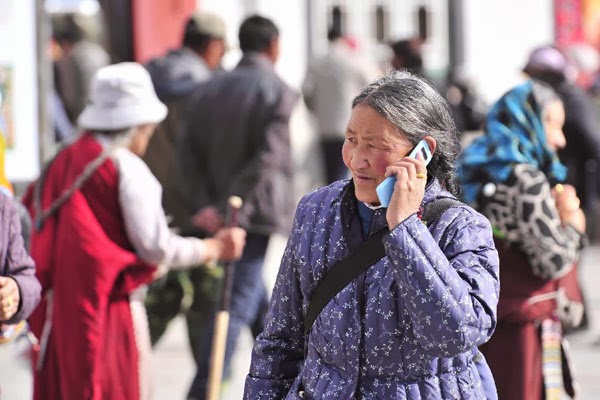 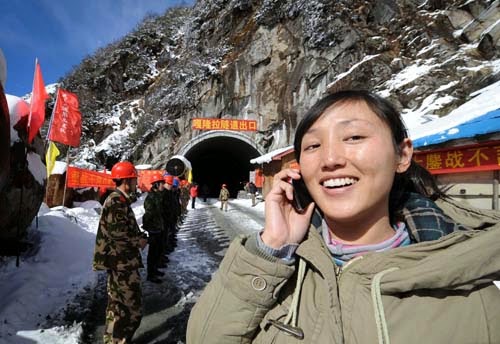 This reminds me of the delightful book of the great French explorer Alexandra David-Neel who marched in disguise from Eastern Tibet to Lhasa in 1923/24.
On the way, she met many lamas, anchorites, yogis, magicians who had obtained supernatural powers (siddhis).
One of these siddhis was to be able to send 'message on the wind', what Europeans call 'telepathy'.
Below are excerpts from With mystics and magicians in Tibet by Alexandra David-Neel (Penguin books).
Undoubtedly, 'speaking on the wind' is easier today.
But has humanity really progress?
It is a more difficult question to answer.