Dark days have come to Lhasa, the capital of Tibet.
Do you know how Xinhua news agency usually introduces the Roof of the World to the Chinese tourists?
Read this:


Tibet with its mystery is the spiritual Garden of Eden and is longed by travelers home and abroad.
Only by stepping on the snowy plateau, can one be baptized by its splendor, culture, folklore, life, snow mountains, saint mountains, sacred lakes, residences with local characteristics and charming landscape.


Dust is obscuring the sights of Lhasa, capital of southwest China's Tibet Autonomous Region on Thursday, disrupting flights.
Renowned as 'Sun City', Lhasa normally basks under blue skies with rarely a foggy day.
Liu Yijun, a senior engineer at the local meteorological observatory, said a sharp drop in temperature, lower pressure and accumulated particulates are main causes of the murk which is forecast to last for another two days.
The dust cloud first manifest itself in Lhasa and neighboring counties of Quxu [Chushur] and Gonggar [Gongkar] early on Thursday morning.
Poor visibility at Gonggar Airport in Lhasa meant two flights were canceled and another seven were unable to land. The airport had resumed normal operation by 2 pm.

The article does not say from where the particles have come.
Not from far perhaps.
A few days ago, China Daily proudly announced that "Tibet's Three Gorges Dam starts generating electricity". He mentioned:


Pondo Water Control Project, the largest water control project in southwest China's Tibet Autonomous Region, started generating electricity.
Its first generating unit, with an annual electricity generation capacity of 150 million kilowatt hours, was put into operation at 11:50 am Tuesday [December 18], said Tang Quanyong, deputy head of the project administration bureau.
The other three generating units are expected to start operations in June 2014, said Tang.
The four generating units will be able to generate a total of 599 million kilowatt hours of electricity annually upon completion, which will relieve the tight power supply in the regional capital of Lhasa, he said.
The project will also improve Lhasa's irrigation and flood prevention capabilities, he said.
Dubbed 'Tibet's Three Gorges Dam', the massive project's construction started in July 2009 with an investment of 4.57 billion yuan (748 million U.S. dollars). It is expected to be completed in 2016.
The project is located in Pondo Township of Lhunzhub County and sits more than 4,000 meters above sea level. The project is about 63 kilometers away from Lhasa.

'Tibet's Three Gorges Dam' probably helped to send a lot of particles in the 'spiritual Garden of Eden'.
Here is some pictures of Lhasa. 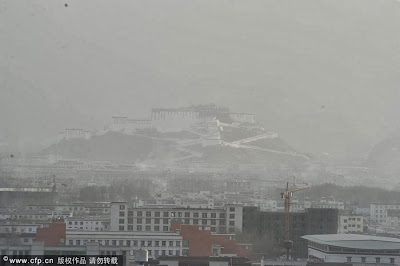 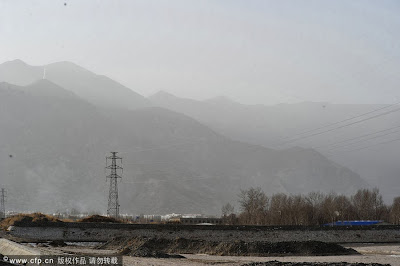 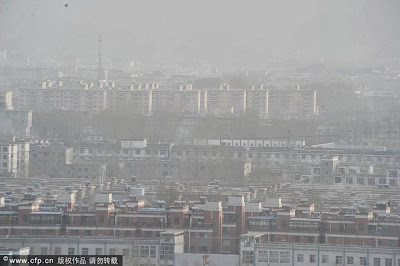 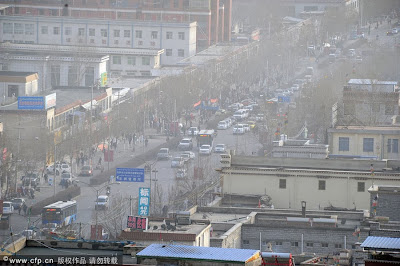 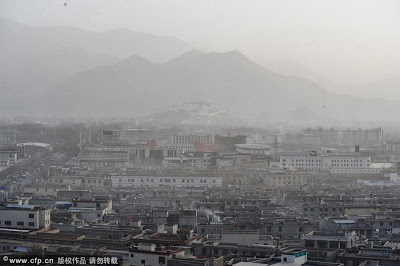