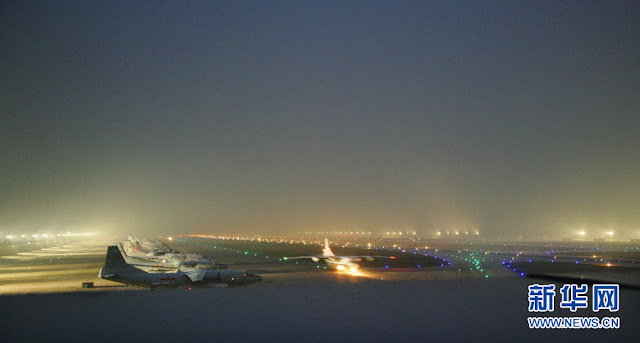 "China pledges more contribution to world peace"!
It is what China has been saying for years; it is what Foreign Minister Yang Jiechi repeated during the CCP's 18th Congress.
Yang stated: "China will, together with all other countries, share opportunities, tackle challenges, and make new and greater contribution to the lofty cause of peace and development for mankind."
Yang was briefing foreign diplomats during a reception hosted by the Foreign Ministry. He explained that "China will continue to hold high the banner of peace, development, cooperation and mutual benefit; promote equality, mutual trust, inclusiveness, mutual learning and mutually beneficial cooperation in international relations; firmly pursue an independent foreign policy of peace; unwaveringly follow the path of peaceful development and grow friendship and cooperation in all fields with other countries on the basis of the Five Principles of Peaceful Coexistence." 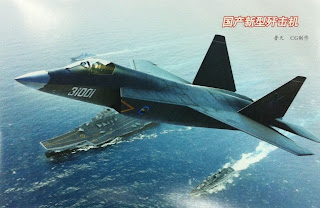 In other words, China is a peaceful country, holding the Panchsheel spirit high.
At the same time, China is prepared to any eventuality.
A Chinese military website recently reported that China's Air Force (PLAF) staged one of its largest-ever drills.
Foreign commentators  linked the drills with the tensions with Japan and China's southern neighbors over territorial claims. But according to The People's Daily, the "air combat exercises involving more than 100 pilots were held over 11 days last month in the vast northwestern region of Xinjiang. Pilots practiced engaging in dog fights and countering electro-magnetic interference."
One question can be raised, why to organise the drills in Xinjiang, which part of Lanzhou Military Region (MR) bordering Central and India (Ladakh/Aksai Chin), if the exercises are meant to improve the preparedness for an eventual conflict in East China Sea.
Let us come back to the report:


Aircraft taking part came from 14 separate units and included China's most modern jet fighters, the J-10 and J-11, along with older models and two-seater Sukhoi Su-30s purchased from Russia.
The exercises are a vivid demonstration of China's vastly improved military capabilities that have unnerved other Asian nations and spur a renewed U.S. focus on the region.

The Global Times termed these exercises "the largest in recent years in both firepower and numbers of aircraft, [as] they involved large numbers of technicians and experts on missiles, radar and other related technologies."
The Western press said that the drills came "amid stepped-up sea patrols around East China Sea islands claimed by China but controlled by Japan that followed an explosion of violent anti-Japanese protests across China in September."
Fine, but why to exercise near the Indian (and Central Asian countries) borders?
It has also been reported that while the exercises were being held, for the first time, China's navy launched and recovered aircraft from the country's first aircraft carrier, a refurbished Ukrainian craft that will be armed with J-15 fighter-bombers, a Chinese adaptation of the Russian Sukhoi Su-33.

China is peaceful, but definitely getting prepared.

But that is not all, China Military Online announced yesterday that the PLAF "recently conducted a comprehensive support drill for multi-types of aircraft on double-runway under information conditions at an airport in southwest China. Nearly 100 fighters of over 10 different types open the curtain of the base-oriented transformation of the combat support mode of the PLA Air Force."
This time it was in the Chengdu Military Area Command (MAC) of the Chengdu Military Region which borders Arunachal, Bhutan and Nepal.

According to Zhan Houshun, Chief Commanding Officer of the drill and Deputy Commander of the Militray Command Air Force "there was only one runway for taking-off and landing at the airports of the PLA Air Force in the past, which could only support relatively a few types of aircraft to simultaneously implement the combat and training missions. But the airports with two runways for aircraft to take off and land at the same time can not only simultaneously support the flight of various types of active fighters, but also be used for the taking-off and landing of all types of domestic civil airplanes."
As often mentioned on this blog, it is clear that all the 'civil' airports recently built in Tibet can also have a military use.
China Military Online asserted that the aircraft took off and landed on the double-runway for 12 sorties within 10 minutes, adding: "At the same time, more than 200 support vehicles of various types and hundreds of officers and men were making preparation before aircraft's taking-off and carrying out maintenance after aircraft's landing for various types of aircraft on the parking aprons on the east and west sides of the airport."

Zhang Jian, the Commanding Officer of the main control tower of the airport told the press: "The aircraft throughput per hour for the first drill was one third more than that at the airport in the past, and the peak throughput was even doubled, exceeding the aircraft throughput per hour at the civil airport with the same size, which was beyond the imagination of an old pilot with more than 20 years of flying experience like me."
Fang Dianrong, Air Force Commander for the Chengdu MAC asserted that "the goal of the drill is to explore the new mode for base construction, operation and management of multi-type-aircraft comprehensive support."
Well, China is a peaceful country, but is prepared.
India is also a peaceful country, but is India prepared?
Posted by Claude Arpi