Tibet: whom do you believe? 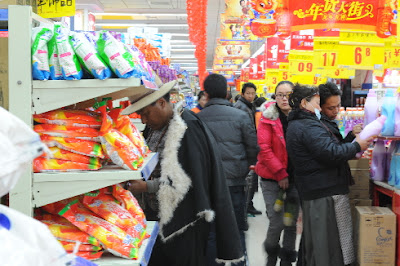 While the Chinese propaganda pretends that the Tibetan are more and more fond of the Chinese New Year (Spring Festival), the repression continues on the Roof of the World.
According to the Tibetan Center for Human Rights and Democracy:
"One Tibetan layman, identified as Yonten, has died of gunshot after security officials clamped down on a protest in Drango County in Kandze Tibetan Autonomous Prefecture.


The body of Yonten, a resident of Drango County, is being kept at Drango Monastery. At least three monks from Drango Monastery are seriously injured, although it is not clear whether these injuries were caused by gunshots.

The protest occurred on the morning of 23 January 2012 when the Public Security Bureau (PSB) officials arrested many Tibetans in and around Drango on the suspicion that they pasted leaflets and posters that warned of more Tibetan self-immolations if the Chinese government did not listen to Tibetan concerns. The said leaflets had appeared a few days earlier in and around Drango town. Concerned and angered by the arbitrary arrest of Tibetans, other Tibetans in the Drango area rose up in protest this morning. The protesters, many of who were farmers and nomads, carried Tibetans flags and shouted slogans for Tibetan freedom, a source told TCHRD. The PSB and People’s Armed Police (PAP) then intervened by using guns to rein in the protesters, according to our source." 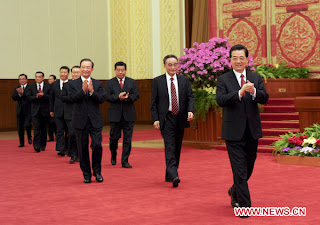 Another article in the Chinese press stated that the Tibetans are so delighted with the leadership in Beijing that they have decided to put up their portraits on the occasion of the Spring Festival:


"Dakyung, a monk from Ganden Monastery, has been looking forward to the Spring Festival, what's more, he put up the portraits of Chinese leaders in the most visible position of his dorm, "Thanks to the policies of the Communist Party of China, I can enjoy the medical insurance and the endowment insurance, also I have a harmonious atmosphere to practice Tibetan Buddhism, which is quite important for a monk. Thanks to the Communist Party of China, I can be the master of my own fate, I put up the national flags and portraits of Chinese leaders just to show my gratitude." said Dawa, an old woman lived on the Barkor street. On the Spring Festival, people marked the last moments of the Year of the Rabbit with cheerful celebrations, while exchanging their wishes for a better and prosperous Year of the Dragon."

Whom do you believe?

Lunar New Year Getting Popular in Tibetans
Chen Jing
2012-Jan-22
Lunar new year no doubt tops the list of all the festivals for Han -ethnic people. However, in the city of Lhasa,the capital city of Tibet Autonomous Region in the southwest of China,more and more local people of Tibetan ethnic begin to share this holiday,as a remarkble sign of the cause of the ethnical intergration and harmony.
The fact is sure that Tibetan people have always been a member of China Family since ancient time.Yet in the past time they did not focus much on such a big day from Han enthic dueing to various reasons,cultural or ecnomic ones. Following the step of development in Tibet , mutual understanding and mind-exchanging are enhanced day by day among all the ethnics here. As a result, some festivals of ethnical feature are accepted and shared by more and more people from both Hans and Tibetans.
Tsedo is a mid-aged Tibetan bus driver ,whose family has lived in Lhasa for generations,is shopping for the coming Lunar New Year in a supermarket. "Lunar New Year has gradually become sort of new fashion for us Tibetans. It brings up something interesting from different cultural background.Although the traditional Tibetan new year is still the NO.1."
More and more Tibetans are taking Lunar New Year as a fashion
Source:china tibet news website
Posted by Claude Arpi