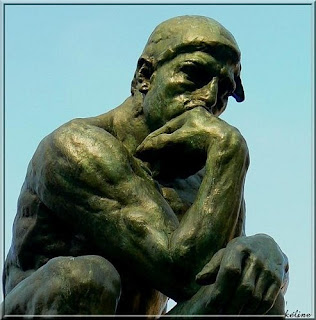 This article based on the "Think Tanks and Civil Societies Program" prepared by the International Relations Program of the University of Pennsylvania shows that no Indian think tank is able to make it amongst the top 30 of the world.
But are the results of the US University reliable?
The Americans have taken the habit to note themselves and everybody else. They usually top the list.
Ditto with universities and now the think tanks.
I do not want to praise for Indian think tanks (often funded by the US), there is however a political factor in the present noting.
On January 19, 2012, The People's Daily published in article entitled "The Political Factor behind the Downgrade of European Countries' Credit Ratings".
The People's Daily's commented on Standard & Poor's motivation for the recent downgrade of European countries' credit ratings. It further suggested that the downgrade increased the complexity of resolving Europe's debt crisis and that it is more than a simple financial move.
The article stated: "Britain's debt crisis is rarely discussed in media reports, but Britain is a country heavily dependent on finances. Its debt crisis is no less severe than in any other country. However, Britain is the closest ally of the United States. Therefore, it is almost impossible to downgrade Britain's credit rating... Austria was downgraded unexpectedly, but looking at it from a political angle, Austria has been Germany's most intimate friend. Therefore, America's Standard & Poor's downgrade of Austria's credit rating can have the effect of giving Germany a warning. Downgrading France appears to be reasonable, but it is actually still politically motivated. It has very little effect on the French government's borrowing costs, but it can have a dire consequence for Sarkozy's reelection efforts."
I am not usually biding for the Chinese views, but the Communist mouthpiece has probably a point: there are indeed different views on the credit, university or think tank ratings.
Unfortunately, it depends on who conduct the survey.
If one looks at the directions recently taken by US Foreign Policy makers, one can only conclude that they have been wrongly advised by the think tanks (in Iraq, in Afghanistan and elsewhere).
So why to invest so much in top think tanks, for such a poor harvest?

India’s Think Tank Failure
The Diplomat.com
By Jason Miks January 19, 2012
Diplomatic Courier* has released its new list of the world’s leading think tanks, which always makes for interesting reading. In top spot this year in their global list is Washington-based Brookings Institution, which also came in second overall in the United States on the specific area of international affairs, behind the Center for Strategic and International Studies (CSIS).
The list is drawn up largely by the University of Pennsylvania, and this year included nominations for 5,329 think tanks around the world.
“Our rankings process, as in the past, relies on a shared definition of public policy research, analysis, and engagement organizations, a detailed set of selection criteria, and an increasingly open and transparent nomination and selection process,” said James McGann, director of the university’s think tank and civil societies program, in announcing the results.
It’s no surprise on the overall list to see organizations like Brookings, Chatham House in the U.K., Carnegie Endowment for International Peace, the Council on Foreign Relations and CSIS making up the top five. But what is in some ways surprising is the failure of India to place a single think tank in the global top 30.
That American think tanks dominate the top 30, taking 12 spots, isn’t a surprise – they are extremely well-funded here, and there’s a long-established culture of ideas generation based around this format in Washington and elsewhere that’s boosted by the ease with which former politicians and government officials move in and out of the “circuit.” U.S. think tanks undoubtedly benefit from the U.S.-style of government, which often involves officials being appointed, serving a relatively short period in government, making contacts and then returning to the research sector. You only have to look at the staff line-up of any of the top organizations to see a host of former (often very senior) government officials making up the ranks.
This is in stark contrast to parliamentary systems such as the U.K., where cabinet positions are typically filled by members of parliament – a British Foreign Office minister whose term in government has ended returns to the back benches rather than becoming a fellow at, say, Chatham House.
But none of this explains the absence of India on the list – an absence that should trouble Indian policymakers. At their best, think tanks can be a hotbed of ideas for government to draw upon, and if India has aspirations toward looking past its neighborhood and stepping up on the global stage it will need to draw upon the vigorous exchange and debate of ideas and policy proposals that such research centers can offer. And yet clearly, in the eyes of their peers, Indian think tanks lack the rigor and influence of a Germany, Canada or indeed Kenya, at least according to the latest list.
I’m going to quote here at some length from one of our writers on this issue from a couple of years back:
“Apart from (the) persistence of endemic poverty and poor infrastructure, India faces other critical challenges in its search for great power status: its acute shortage of critical human capital. At one level, the country can justifiably claim that it has some institutions of higher education which can compete with their peers on a global basis. But these institutions are mostly confined to the realms of science, engineering and management and despite the existence of these centers of excellence, mediocrity is the hallmark of many of India’s other educational institutions.
“For example, with the possible exception of the discipline of economics, India lags woefully behind in the other social sciences such as sociology, anthropology and political science. Few, if any, significant contributions to these fields of intellectual endeavor have emerged from India in recent decades. Most scholarship in these areas is either derivative, or worse, still mostly descriptive and hortatory.”
It’s the kind of damning indictment I’ve come to expect from those engaged in the China vs India debate that rages on our site and elsewhere. And yet these words were written by one of our Indian Decade bloggers, Sumit Ganguly.
And he’s right. When we’re sourcing material for the site, too often we find Indian think tank analyses littered with basic errors, unsubstantiated claims or rehashings of long debunked theories (Flashpoints contributor James Holmes is just one of many to have expressed frustration at how a likely non-event involving the Chinese and Indian navies last summer is still treated as fact in Indian media and policy circles).
It goes without saying that India has an enormous amount to offer the international community. But there’s no excuse for its absence on a list like this.
*I mistakenly referred to this year's list as being published by Foreign Policy as it was in previous years. This year, it's being being published by Diplomatic Courier, although the report is also being hosted on Foreign Policy. My apologies for any confusion.
Posted by Claude Arpi