Tibet and Vatical open archives. What about India? 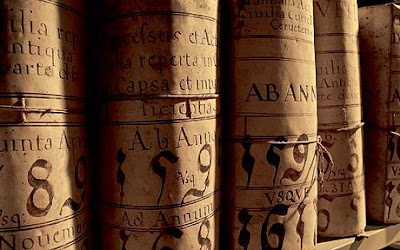 China has decided to publish parts of the archives stolen in Tibet at the time of the invasion.
It is a good move, though politically motivated. It will certainly remain very selective. But it is a beginning.
The Vatican also will soon open its famous Archives. The Telegraph says: "The Vatican opens its Secret Archives to dispel Dan Brown myths".
What about the Nehru Papers kept in the vaults of the Nehru Memorial Library. Probably, they are more 'sensitive' than the Popes' secrets.


China ‘proves’ right to rule Tibet with new compilation
May 28, 2010
In yet another effort to “prove” its right to rule Tibet, China on May 25 brought out a major new publication, according to China’s official Xinhua news agency May 25. The China Tibetology Publishing House released on that day a ten-volume compilation of Tibet's historical archives of the Republic of China period (1912-1949), providing what it called “a rich record of the southwestern region as a then administrative division of the country.”
The report said the compilation, titled "Archives Compilation of Tibet and Tibetan Affairs Preserved by the Second Historical Archives of China," gives a record of what it called the central government's policies on Tibet from 1912 to 1949 and measures taken to manage major events and issues in the region.
The report said the compilation is only the first part of a 50-volume series and includes documents that reflect the development of politics, economy, religion, culture and education in other Tibetan areas incorporated into the neighboring provinces of Sichuan, Qinghai, Gansu and Yunnan.
The report said the publication has been a key project jointly undertaken since Nov’06 by the China Tibetology Research Center and the Second Historical Archives of China (SHAC).
The Dalai Lama maintains that the historical fact of Tibet being an independent country could not be erased. However, he remains willing to accept Chinese rule in exchange for genuine autonomy and respect for human rights in Tibet.
Posted by Claude Arpi