Dam on the Brahmaputra again 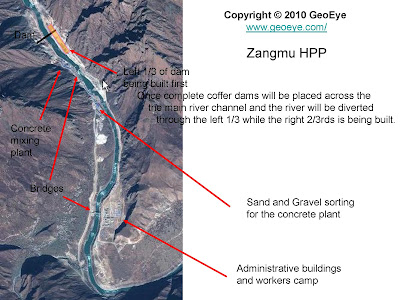 When some seven years ago, I began writing on the dam(s) on the Brahmaputra, I was told that it was cheap journalism. I was just interested in a scoop. Unfortunately, slowly but surely, the Chinese mega project is taking shape.
India's main problem is the 'experts' in India affirming that 'the Chinese will never do this'.
Another objection was this Great Bend is too remote, it is impossible to reach there. A few years down the line, a four-way lane is reaching Nyingtri (Chinese: Nyingchi) the Prefecture headquarter. An airport has been contrcuted nearby.
The 'experts' will continue to say 'The Chinese will never do this'.
My posting of yesterday explains why they HAVE to do it.